9:03 AM – With Emily, from Ohio (USA), our sports route crossed the seventh and eighth districts of Paris, known in particular for the big works and monuments we can find there. It is here that we shall meet the constructions which stayed after the 19th and 20th centuries World Fairs: the Eiffel Tower, the Palace of Chaillot, the Palace of Iena, the Palace of Tokyo, “Petit” and “Grand Palais” and of course, the Alexandre III Bridge.

Had you noticed that on the Alexandre III Bridge are the symbols of France and Paris?

On the basis of most of the candelabras surrounding the bridge, you will find various representations of the symbols of France and Paris:

We thus left the area of the Champ de Mars to go around the Invalides :

Meanwhile, we were able to admire, since the street, the Rodin museum and its beautiful garden:

To go on the right bank, we crossed the footbridge Léopold-Sédar-Senghor, with, by leaving the bridge, a beautiful point of view on the “Musée d’Orsay”:

By going back up the Champs-Elysées, we made a small detour to find again our symbols, the Gallic Cock and the letters RF:

If there is a place where we have to see these symbols, it is the Elysée Palace (“Palais de l’Elysée”), the residence of the President of the French Republic (equivalent to the White House for the USA), here on the Railing of the Cock which is in the South of the Palace garden.

By crossing the “Petit Palais”, very Parisian monument, it is, this time, the Ship that we found again:

By entering the “Petit Palais”, by raising the head towards the ceiling, we find once more the blazon, where we can even read it the motto ” Fluctuat nec mergitur “:

By leaving the “Petit Palais”, here is again the Alexandre III Bridge and in the background the “Hôtel des Invalides” (in fact, the bridge was created to connect the Champs-Elysées to the “Invalides”):

By the way, do you know what represents this other symbol, a double-headed eagle, that we can also see at the bottom of the Alexandre III bridge lampposts? ; ) 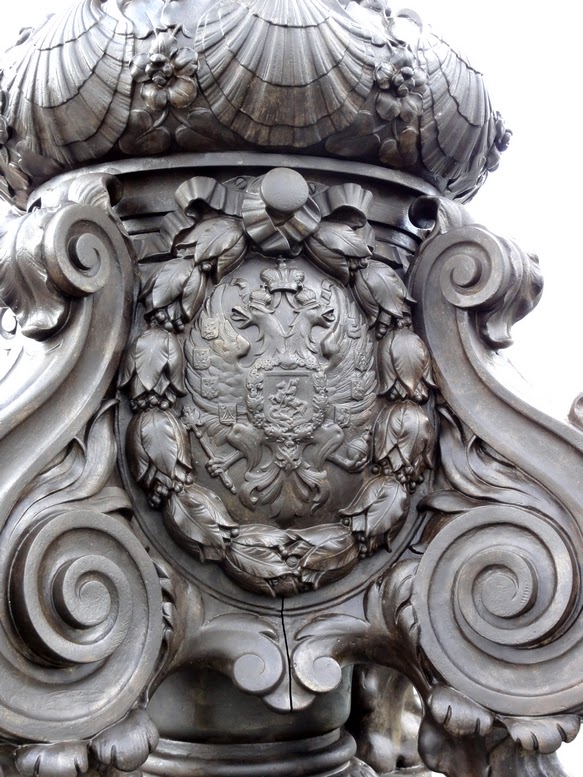 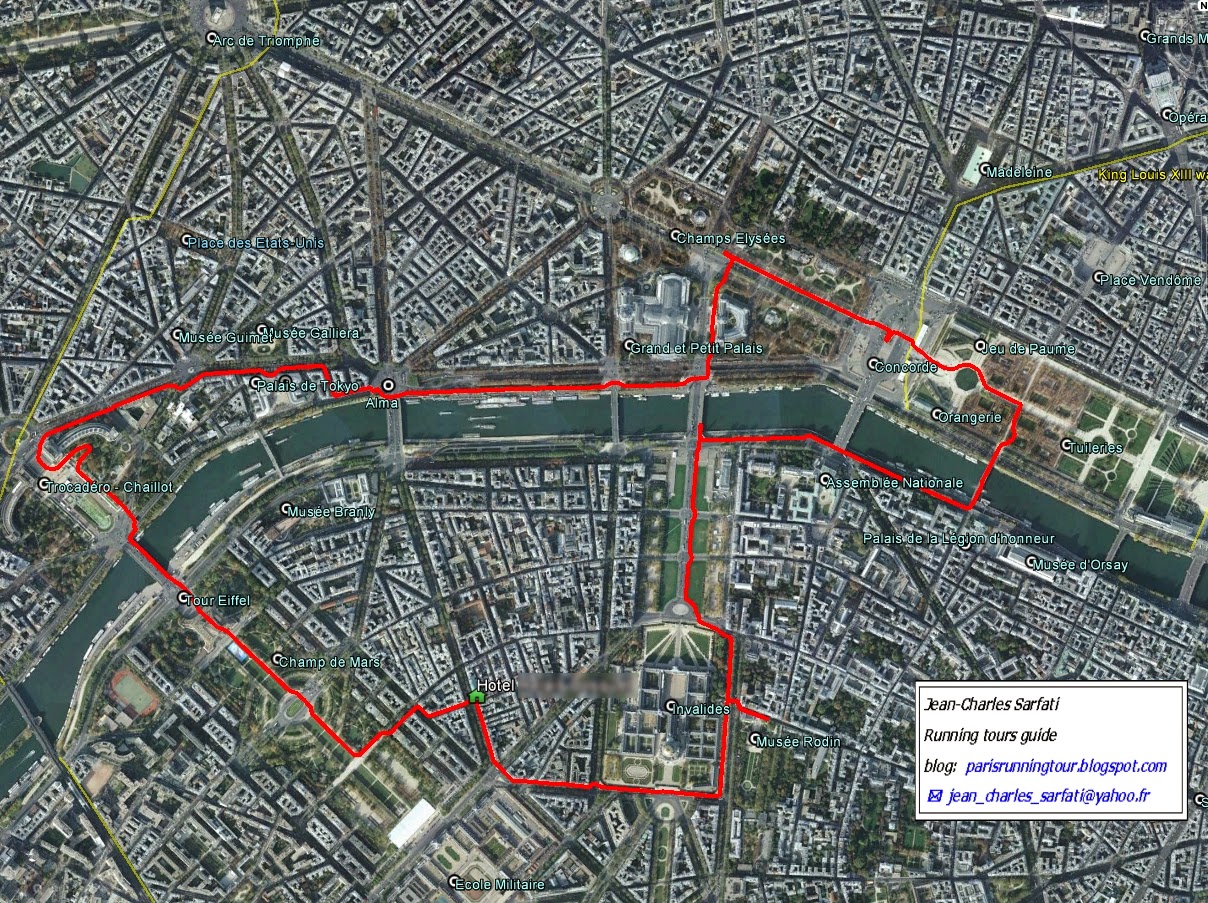 With Sharon, in front of the canons of the “Invalides”

Snapshots of a first visit in Paris, with Melinda
⟨ ⟩
By reading our blog, discover examples of routes we follow with our visitors. See the photos which illustrate the places we met. As during the running tours, we enjoy to present you the stories and the anecdotes of the encountered places. Find the route at the end of articles. If you look for information about a particular place, use the Places list or the Search bar below. If these articles inspire you, contact us and we can prepare your tour according to your wishes.