9:55 AM – Kristina lives just in front of Manhattan (New York). We ran and discovered Paris on a beautiful morning of May.
The magnificent Alexandre III bridge presents numerous groups of statues. Some evoke diverse representations of the Fame, others, France in various periods of its history.
The girl with the shell, which we can see on the photo above, is a member of numerous statues bound to the marine world (the Nereid, the child and the fantastic fish, dolphins and other shells).
It is a pity people hung on to it padlocks (look at the hands of the statue by enlarging the photo)..

Very close to the place where we started our running, Place Vendôme, we met the Embassy of Texas!

Embassy of Texas?
Yes, read the plaque which we can see on the building behind Kristina: 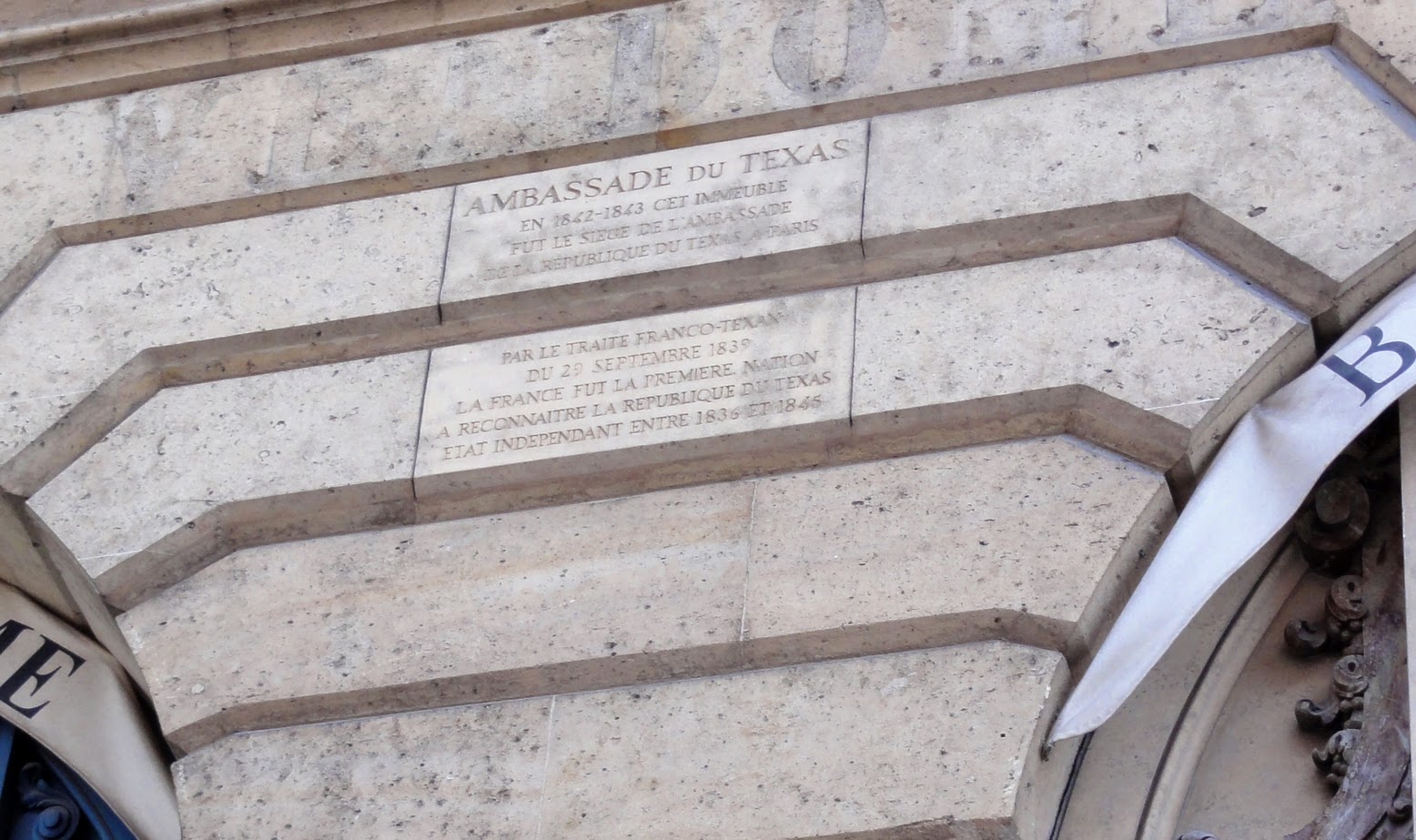 A little farther, after having run in the magnificent Garden of the Tuileries,

It is in front of another place of political representation that we stop:

The Palace of “Elysée”, official residence of the President of the French Republic.
Look at the railing which closes the garden of the Palace south side: it is the Railing of the Gallic cockerel. Remember, we had spoken about this cock here.

By continuing our road towards the Eiffel Tower, we pass by a street the name of which evokes a city well known by Kristina:

In 1918, this way is named Avenue of Tokio (with one “i” as it was the custom at the beginning of the 20th century). At the end of the World War I, the avenue receives this name because Japan was an ally of France.
In 1945, the avenue of Tokio is renamed avenue of New York, the most populated city of the United States, the country which participated in the France liberation (Japan having become an enemy during the World War II).
The Palace of Tokyo, very close, built for the World Fair of 1937, kept its name.

We were lucky! By going to the Eiffel Tower, the cannons of the garden of Trocadéro throw their powerful water jets:

From the top of Montmartre to the Tuileries with Ai
⟨ ⟩
By reading our blog, discover examples of routes we follow with our visitors. See the photos which illustrate the places we met. As during the running tours, we enjoy to present you the stories and the anecdotes of the encountered places. Find the route at the end of articles. If you look for information about a particular place, use the Places list or the Search bar below. If these articles inspire you, contact us and we can prepare your tour according to your wishes.