7:03 AM – Amy, from Florida, chose to make an early morning Paris Running Tour in this beautiful day of March 9th. The light was magnificent, giving a beautiful pink aspect to the landscape. At this hour, on Sunday morning, nobody in streets, very few cars, Paris for us alone and some other morning runners.

Look at the first picture above, from the “Pont du Carousel”, look at the pink gradation which goes with the sunrise and shines on the river Seine and the buildings of the Louvre.

Admire the sight from the “Pont de la Concorde”, on the east side:

then, on the west side :

On Sunday morning, we can even stop in the middle of the road in front of the Champs-Elysées to take a photo without being afraid of cars:

While going back to the east, we stop at the entrance of the garden of the Tuileries, to make a small salute to the “Statue of the Fame” which sounds the triumph of the sun in Paris!

A perfect weather, a beautiful light, ideal to run in Paris! 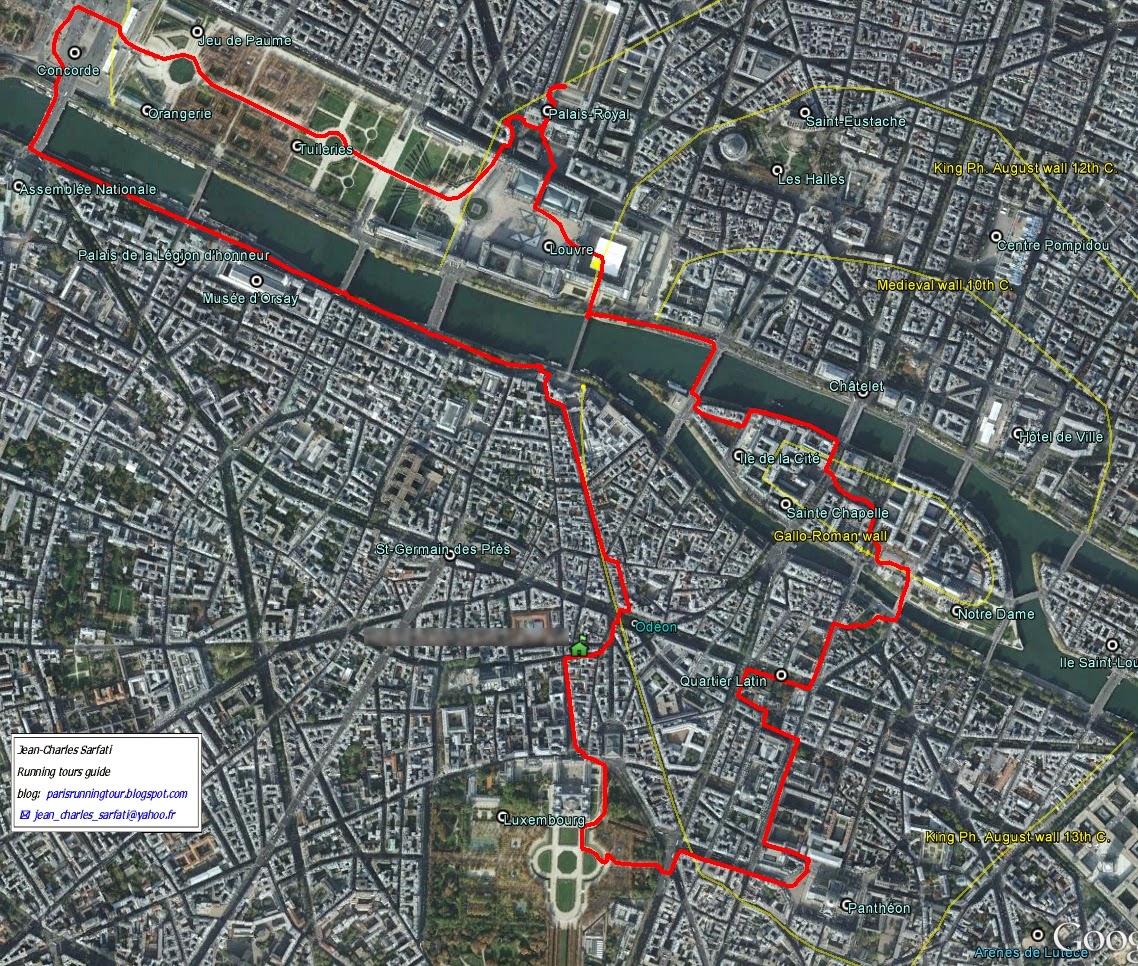 In front of the garden of the Elysée with Meredith and John
⟨ ⟩
By reading our blog, discover examples of routes we follow with our visitors. See the photos which illustrate the places we met. As during the running tours, we enjoy to present you the stories and the anecdotes of the encountered places. Find the route at the end of articles. If you look for information about a particular place, use the Places list or the Search bar below. If these articles inspire you, contact us and we can prepare your tour according to your wishes.