We ran two mornings mainly on the left bank of the Seine.
Left bank! Bank of Paris particularly appreciated by intellectuals and artists, especially in the 1920s, 30 and 50 …
Many American writers have lived and wrote there (remember the Woody Allen film “Midnigth in Paris” where the hero played by Owen Wilson returns to the past to find Hemingway, Gertrude Stein, Scott and Zelda Fitzgerald and many others).

Many places still bear witness to their presence, as this plate reveals that Edith Wharton lived in this building of the rue de Varenne:

Edith Wharton was the first writer from the United States to come to live in France as indicated. “My years of Paris life were spent entirely in the rue de Varenne – rich years, crowded and happy years” as she wrote.

A little further, continuing our run street of Varenne, it is a French artist that we will meet this time, Auguste Rodin:


From the street, behind glasses, we found the statue of the Burghers of Calais in the garden of the Rodin Museum. Find the history of “Les Bourgeois de Calais” in this article.

Continue our route around the Invalides…

…to reach the right bank and enjoy a beautiful view of the “Musée d’Orsay” and the “Hôtel de Salm”, the “Palais de la Légion d’Honneur“:

On Saturday, after a run at the foot of the Seine bridges:

… we went to see one of the places where Ernest Hemingway lived in Paris:

Read what he wrote in his book “A Moveable Feast“:
… “this is how Paris was in the early days when we were very poor and very happy.”
A green door for Edith Wharton and a blue door for Ernest Hemingway… ; )
Just around the corner is the pretty little “Place de la Contrescarpe” Hemingway loved:

On the way back, we stopped in front of the marble standard meter of the “rue de Vaugirard”: 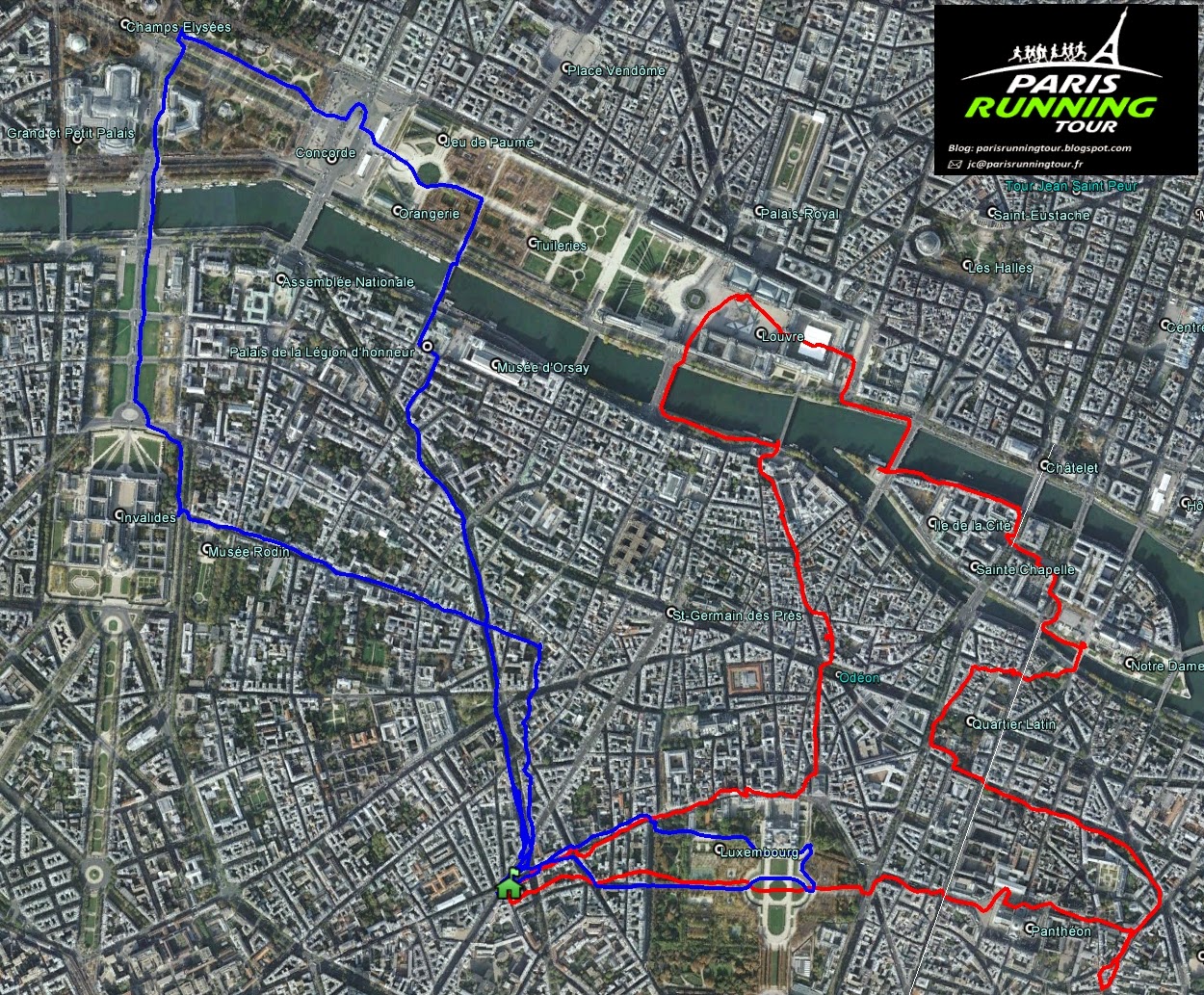 With Sharon, in front of the canons of the “Invalides”
⟨ ⟩
By reading our blog, discover examples of routes we follow with our visitors. See the photos which illustrate the places we met. As during the running tours, we enjoy to present you the stories and the anecdotes of the encountered places. Find the route at the end of articles. If you look for information about a particular place, use the Places list or the Search bar below. If these articles inspire you, contact us and we can prepare your tour according to your wishes.