3:53 PM – Laura lives in Oklahoma where she is an active member of a group of runners, Runhers, who promotes a healthy and sports life, notably thanks to the running.

Program of this afternoon: a discovery of the Paris Left bank.

The University of “La Sorbonne”:

The “rue du Cardinal Lemoine”, where we met the house of the Irish writer James Joyce:

The “Jardin des Plantes”, from where we can see the huge skeleton of a whale, behind the windows of the Gallery of Paleontology:

During our run, in the garden of Luxembourg, we crossed Geneviève, the Patroness of Paris:

Geneviève, daughter of a Frankish father and a Gallo-Roman mother, would have been a municipal member of the council of Paris.
According to the tradition, Geneviève, in the year 451, would have prevented Attila and his Huns from invading Paris by encouraging its inhabitants to the resistance.

Geneviève, model of courage and endurance for Laura who is successively going to run the Chicago marathon then the one of New York this fall. 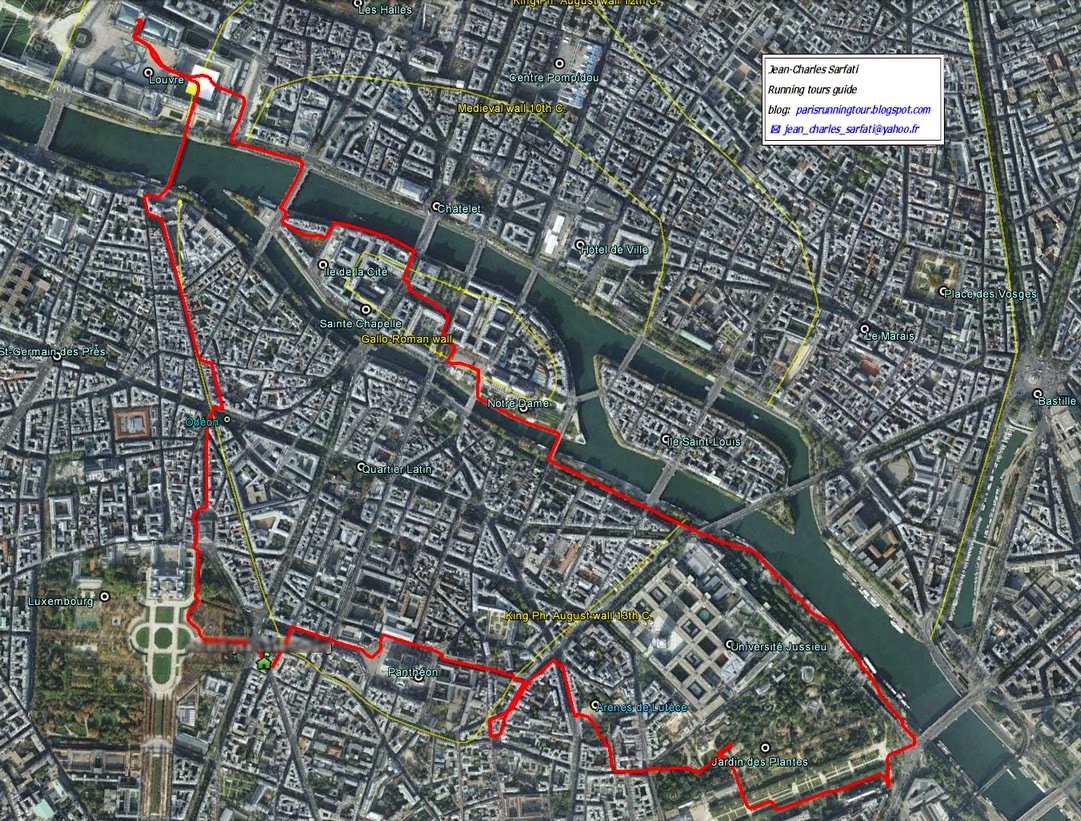 By way of the bridge of “l’Archevêché” with Ellen
⟨ ⟩
By reading our blog, discover examples of routes we follow with our visitors. See the photos which illustrate the places we met. As during the running tours, we enjoy to present you the stories and the anecdotes of the encountered places. Find the route at the end of articles. If you look for information about a particular place, use the Places list or the Search bar below. If these articles inspire you, contact us and we can prepare your tour according to your wishes.