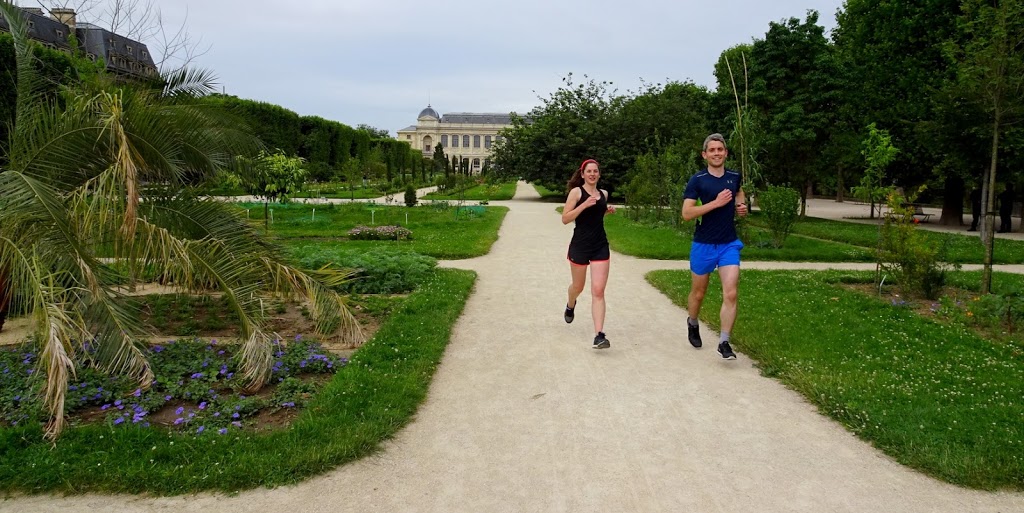 Aveen and David – “Jardin des Plantes” (Garden of the Plants)

8:05 AM – With Aveen and David, confirmed runners from Dublin (Ireland), we explored Paris, by running and stopping in front of various buildings or places which restore the city such as it was in the previous centuries.

Discovering “Le Marais”, the Left bank (Latin Quarter et “Saint-Germain des Près”), the Louvre and “Ile de la Cité” is a journey through the time and a way of feeling the History of Paris.

Paris was damaged, bombarded but never totally destroyed as were London (Great fire of 1666) or Lisbon (Earthquake of 1755). In Paris, all the layers of History are represented (since the Roman Lutetia).

Our route thus led us: 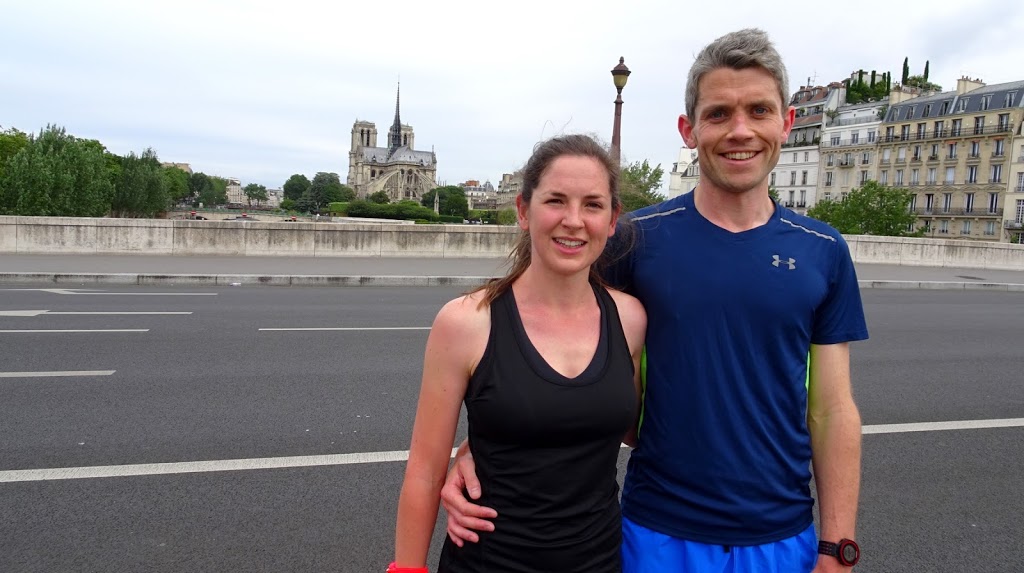 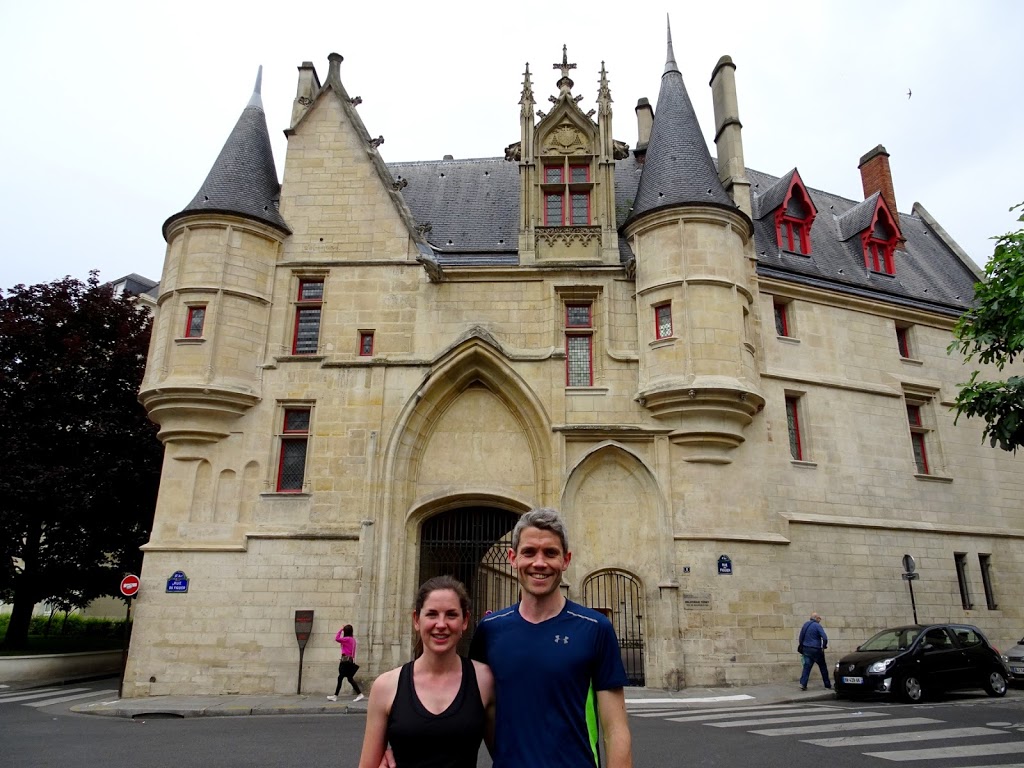 Aveen and David – “Hôtel de Sens”, built in 1345, formerly Hotel of the Archbishops of Sens (Paris depending on the archbishopric of Sens until 1622). On the left part of the building, look (below and to the right of the roof) at the cannonball pulled in July, 1830, always stuck in the wall. The date in July 28th, 1830 is registered under the cannonball. 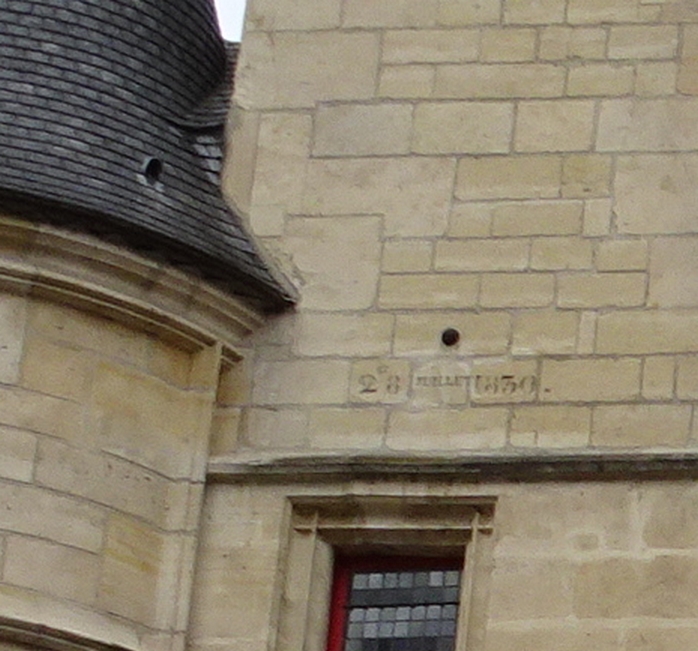 David and Aveen – Carnavalet Museum. Look at the magnificent blazon of Paris above the door (1889). Carnavalet is the Paris museum (go there and discover the History of Paris through numerous exhibitions). 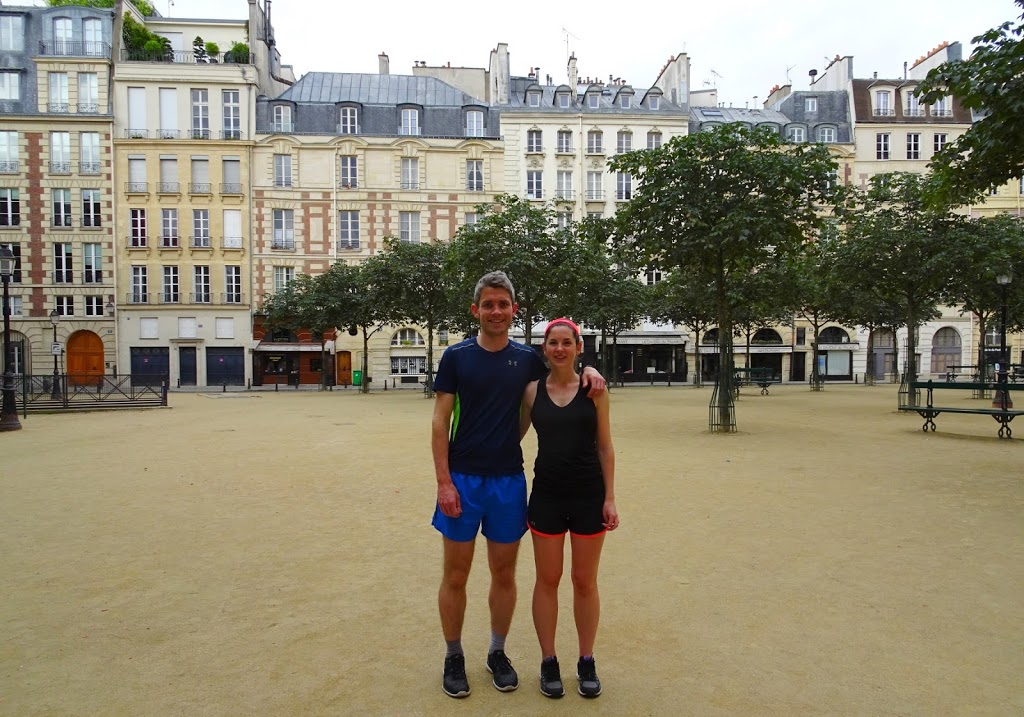 David et Aveen – Place Dauphine. Notice the buildings with the red bricks. Do not they remind you those that we see “Place des Vosges”? Look at the photo Place Vosges below. These two squares were created at the same time, Royal Places! 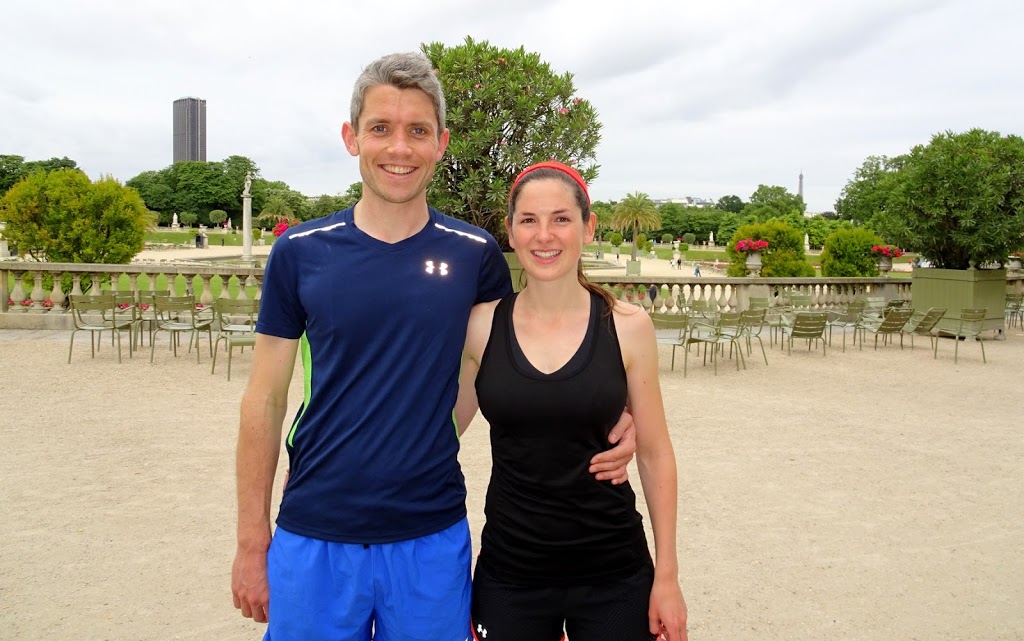 David and Aveen – The “Jardin du Luxembourg”, created in 1612 by Marie de Médicis with the Palace of Luxembourg (now the French Senate). 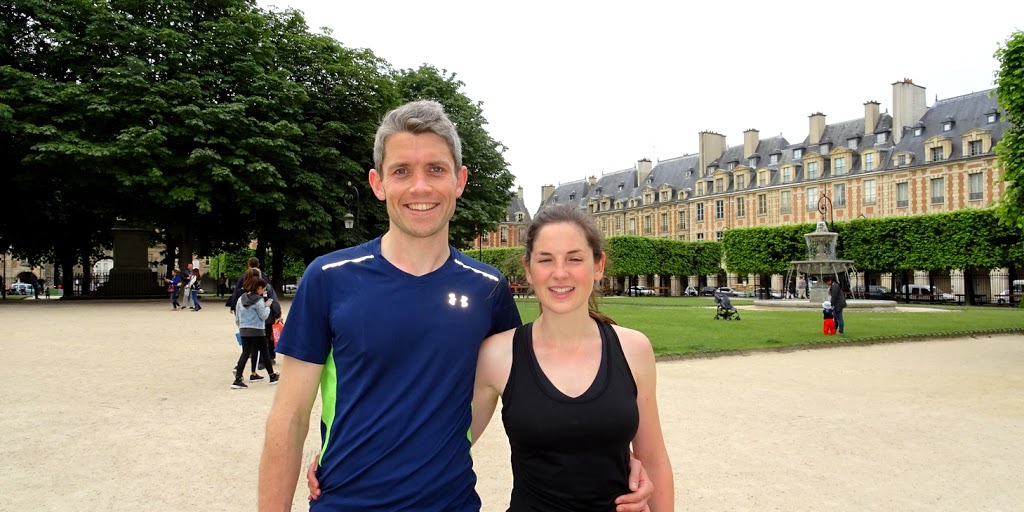 David and Aveen – “Place des Vosges”. Compare the building with the ones of “place Dauphine” (see the photo above). 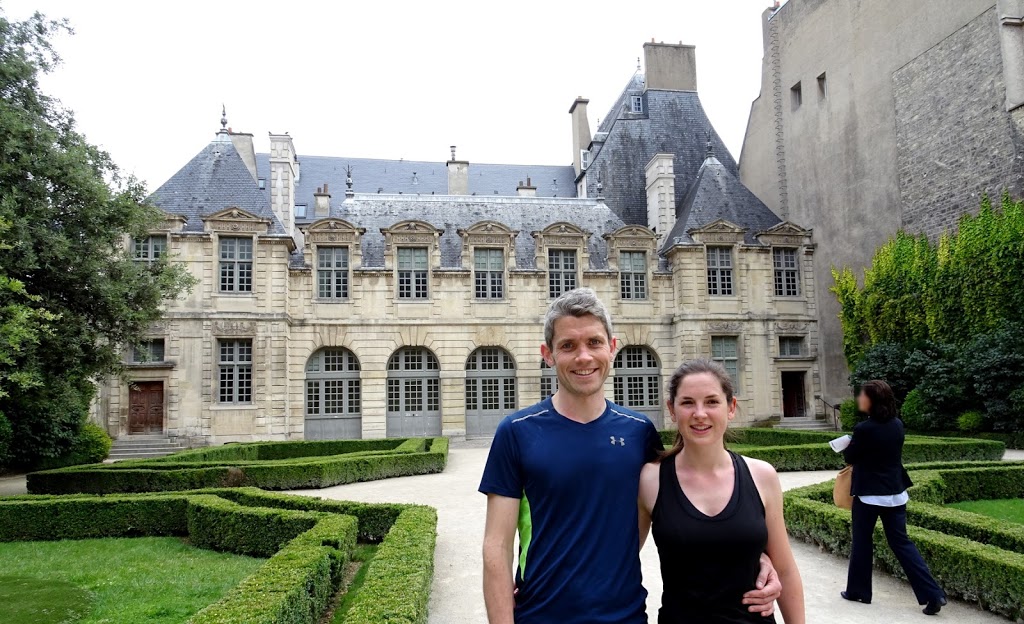 David and Aveen – The Hotel of Sully, magnificent Mansion in the “Marais”, the residence of Duke of Sully, Minister of Finance of Henri IV (among others!).

Our road also passes in the 19th century with the “Place de la Contrescarpe”, created in 1852 in the location of a counter-scarp of Philippe Auguste’s surrounding wall (12th century). 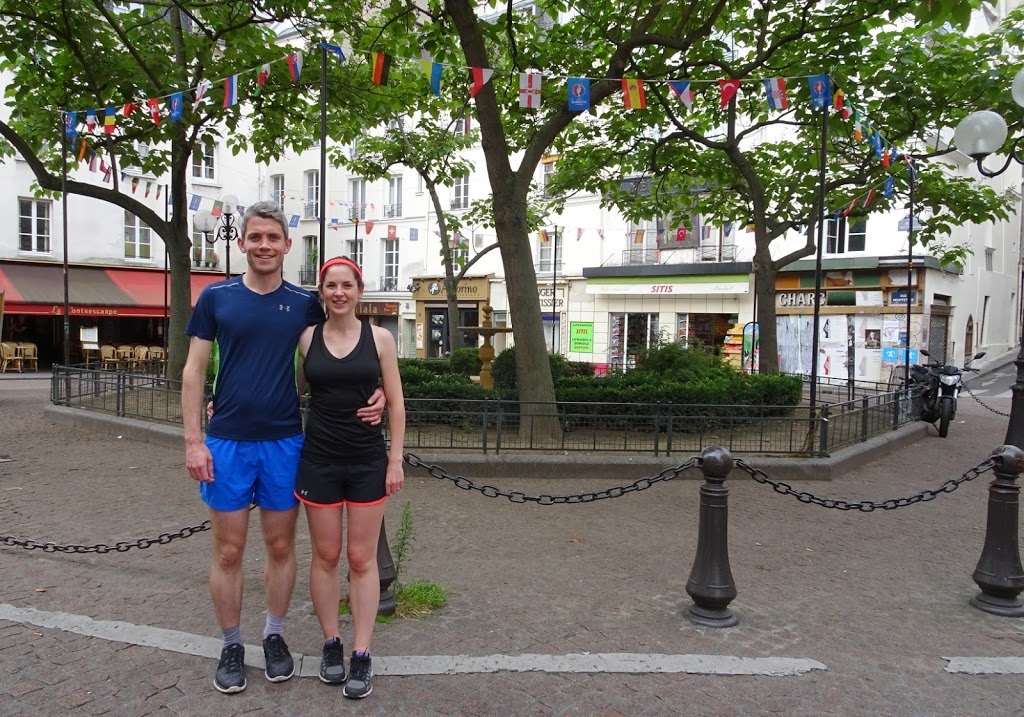 David and Aveen – “Place de la Contrescarpe” In the back, the street Mouffetard which dates of the roman time.

A personalized tour? What shall I discover of Paris? Known and unknown sites
⟨ ⟩
By reading our blog, discover examples of routes we follow with our visitors. See the photos which illustrate the places we met. As during the running tours, we enjoy to present you the stories and the anecdotes of the encountered places. Find the route at the end of articles. If you look for information about a particular place, use the Places list or the Search bar below. If these articles inspire you, contact us and we can prepare your tour according to your wishes.