8:05 AM – Do you remember Cori? We ran together in April 2012. It rained that time, which had not prevented us from making an attractive run in Paris.

Look at the sides of the “Pont des Arts”. We have already spoken a lot about the famous Padlocks of Love. In 2012, they are already present and begin to be many but not still in the point to make bend and fall the railings which carry them.

In 2015, the railings fell and were replaced many times: the padlocks placed on the railings, themselves covered by other padlocks, finished to be too heavy.

Paris decided to act: at first, the padlocks will be replaced in May by panels painted by artists then, in September, by transparent Plexiglas panels. Now, this April, it is temporary wooden panels which line the bridge (graffitis did not delay covering them).

For our new circuit in Paris, we favored parks and gardens. What a pleasure to run under the sun there. We discover:

“Les Arènes de Lutèce” (Arenas of Lutetia), with soccer players, gladiators having left for quite a long time 🙂

“La Grande Serre du Jardin des Plantes” (the Great Greenhouse of the Garden of the Plantes) (go there, a real jungle in Paris!): 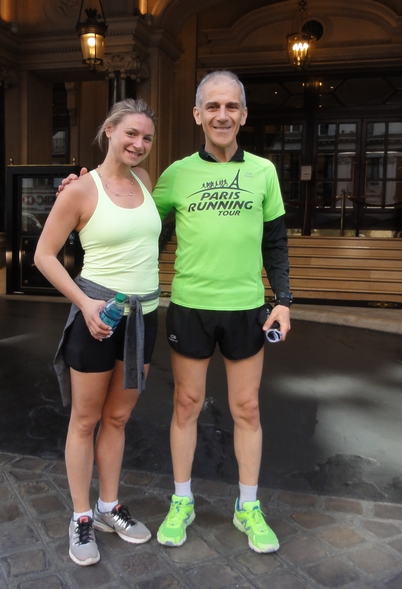 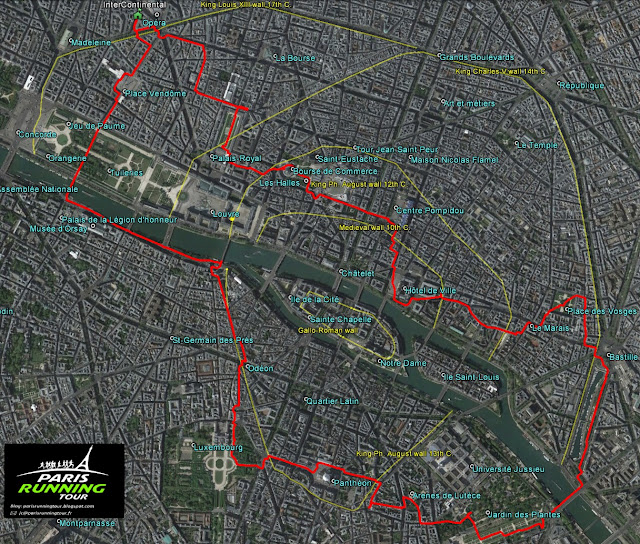 Historic, artistic, scientific and sports stroll in Paris with Isabel
⟨ ⟩
By reading our blog, discover examples of routes we follow with our visitors. See the photos which illustrate the places we met. As during the running tours, we enjoy to present you the stories and the anecdotes of the encountered places. Find the route at the end of articles. If you look for information about a particular place, use the Places list or the Search bar below. If these articles inspire you, contact us and we can prepare your tour according to your wishes.