9:04 AM – With Rosalie, who comes from the beautiful city of Quebec, we made two visits of Paris by running.

And there, what is this monument which is in the background of the photo? 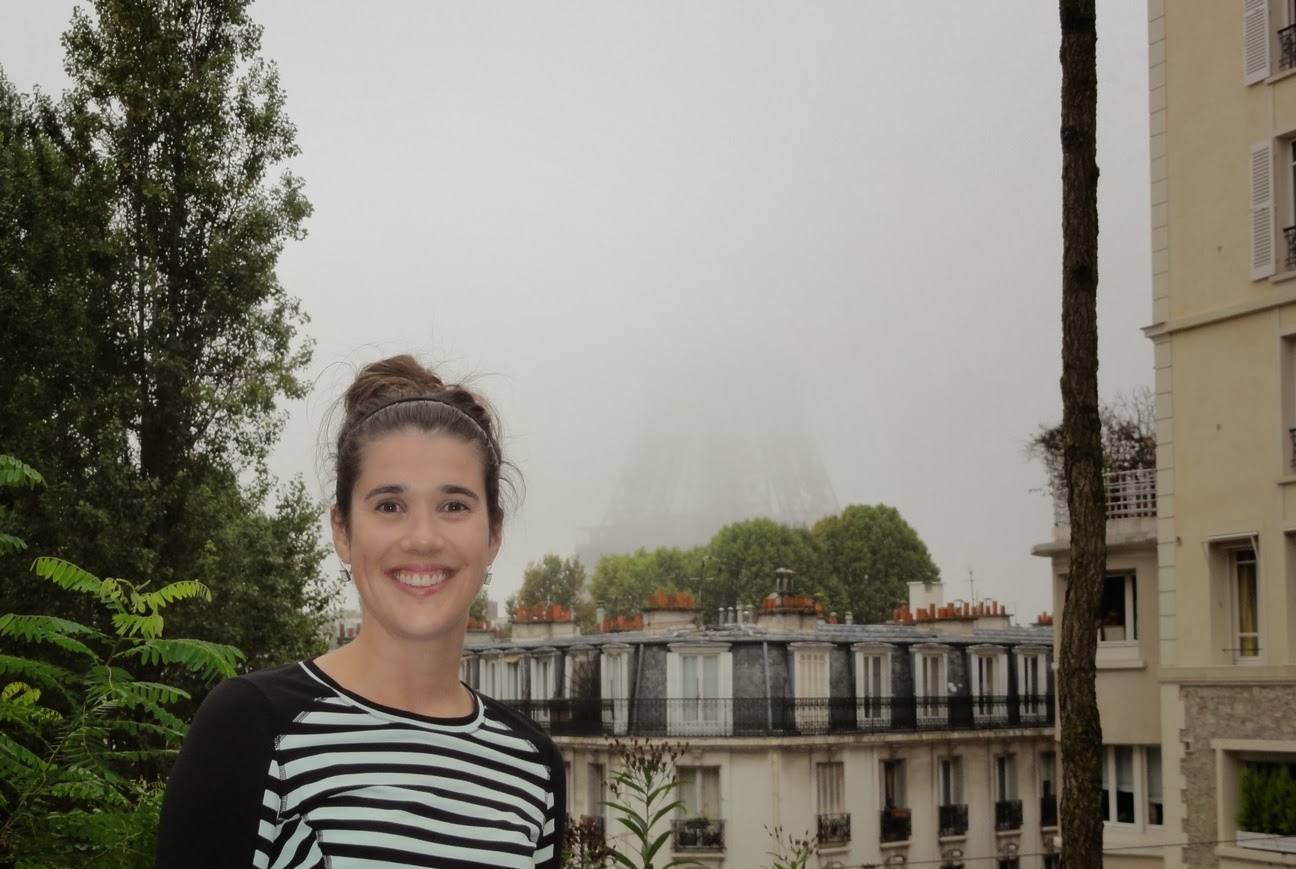 Yes!… The Eiffel Tower which we find a little farther, a little less veiled: 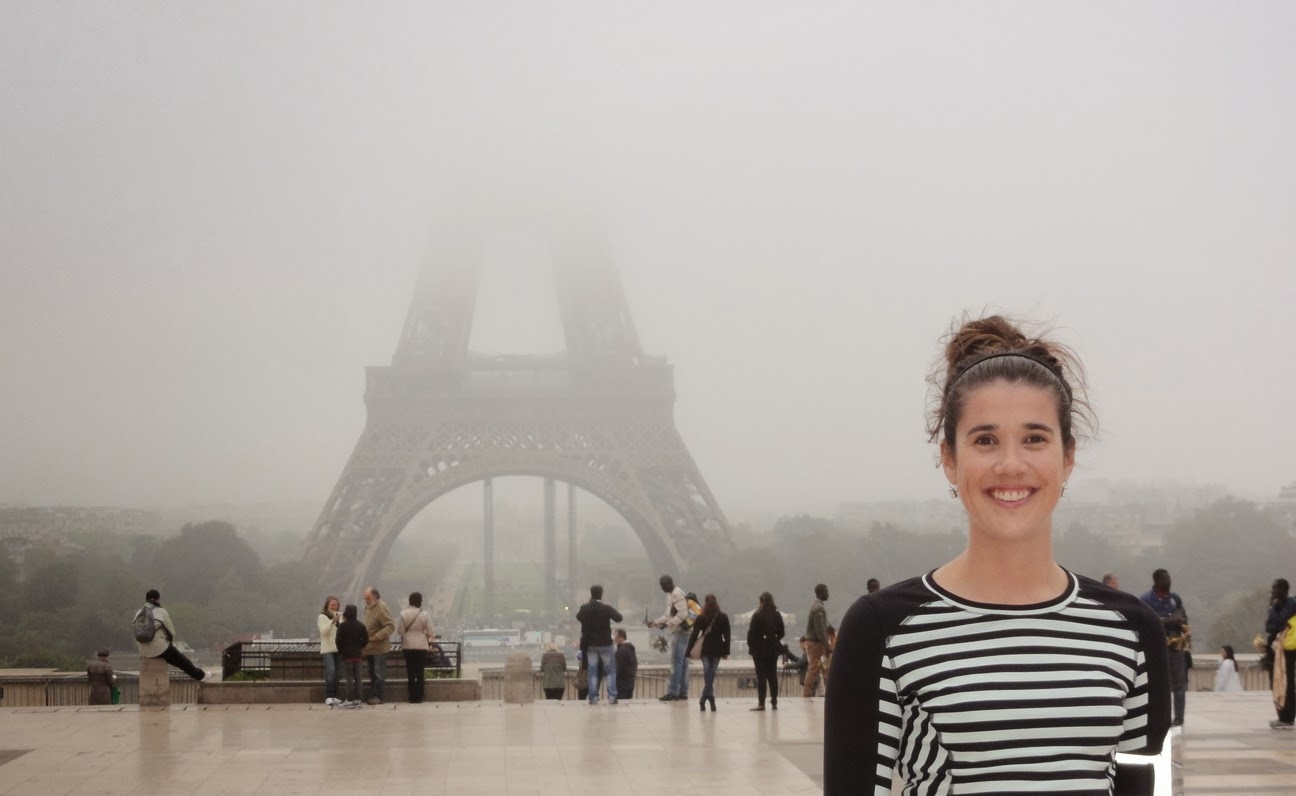 On our way, we admired a work of Dubuffet, installed for the occasion of the FIAC :

and a little bit further west, the beautiful Galliera palace, the Paris Museum of Fashion:

For our second run, the sky was a little more clear.
Our first strides led us near to the Pantheon, place “Sainte Geneviève”:

We went to greet the oldest tree of Paris, a Black Locust tree planted in 1601 by the botanist Jean Robin (the tree is native of North America) :

After the Museum of Fashion, we went to see  the first shop of the famous shoes creator, Christian Louboutin (notice that the shop occupies the premises of a former printing office):

Back on the Left bank, we ran on the old pavements of the “Cour du Commerce Saint André”, next to one of the oldest Cafés in Europe (1682): the Café Procope, just under Benjamin Franklin’s eyes who was one of the regular customers of the Café (we say that he would have written a part of the United States Constitution there):

The routes of the tours : 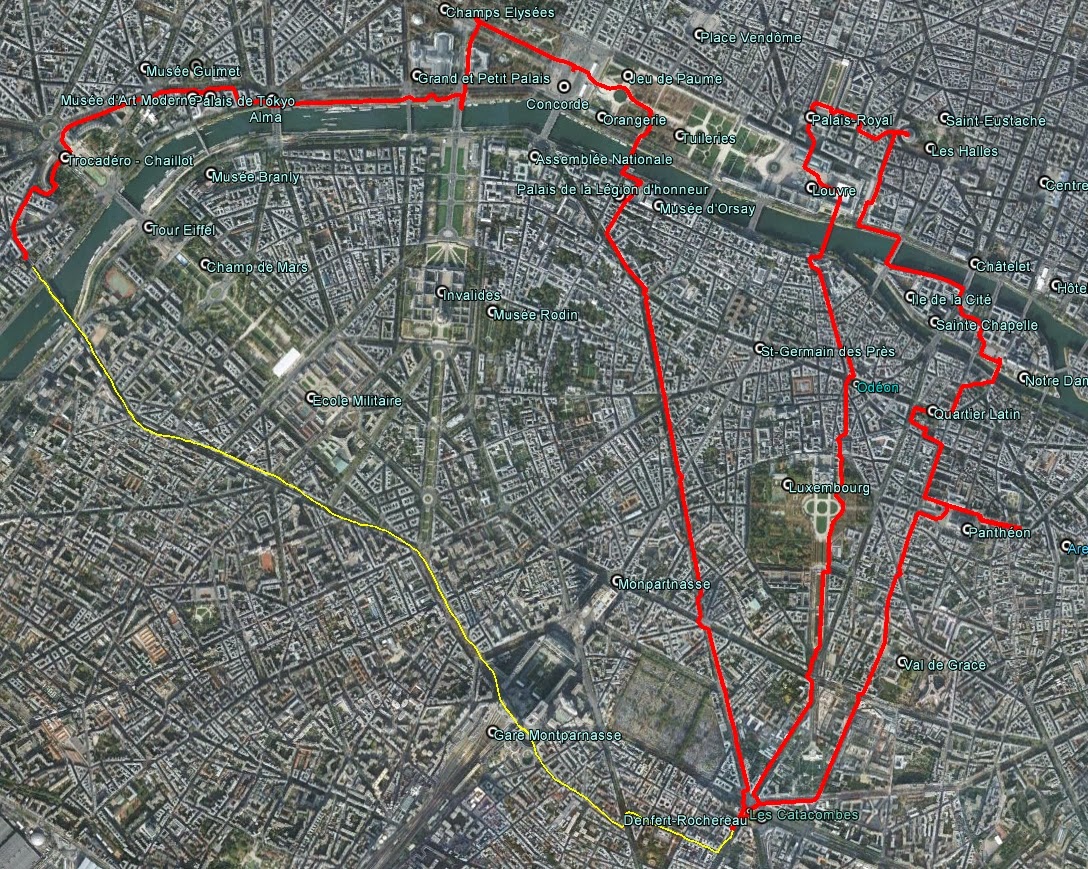 Running 25 km under the sun of Paris, with William

A magnificent dawn in Paris with Marnie
⟨ ⟩
By reading our blog, discover examples of routes we follow with our visitors. See the photos which illustrate the places we met. As during the running tours, we enjoy to present you the stories and the anecdotes of the encountered places. Find the route at the end of articles. If you look for information about a particular place, use the Places list or the Search bar below. If these articles inspire you, contact us and we can prepare your tour according to your wishes.