7:32 AM – Rachel, from Wales, is a regular runner with very good results… After the running tour in Paris, she arrived recently second woman of a half marathon.
At present, she prepares for the next London Marathon.
In this beginning of March, the sun is with us for an attractive tour of Paris by running.

Look at the photo above, we are just under the Eiffel Tower. Early morning in March, the place is very quiet. Compare with the crowd that we can find on Easter Mondays for example or on a summer weekend there… Running early morning in Paris is a delight!

Far off, on the other side of the Seine, we can recognize the majestic “Palais de Chaillot” which was built for the World Fair of 1937, last World Fair in Paris.

The Palace of Chaillot replaced the Palace of Trocadéro built in the same place, that time for the World Fair of 1878:

By the way, do you know what “Trocadéro” means?

It is a fort which is situated in Cadiz in Spain and the place of a French victory; France came to help Spain to restore the absolute monarchy in 1823 (the king Louis XVIII reigns at that time in France).
The Palace of the Trocadéro built in 1878 (and then the “Place du Trocadéro”) owes its name to a royalist victory!

We went for running early, accompanied by the rising sun which lit for us the magnificent monuments of Paris:


Merci Rachel !
We wish you a great London Marathon! 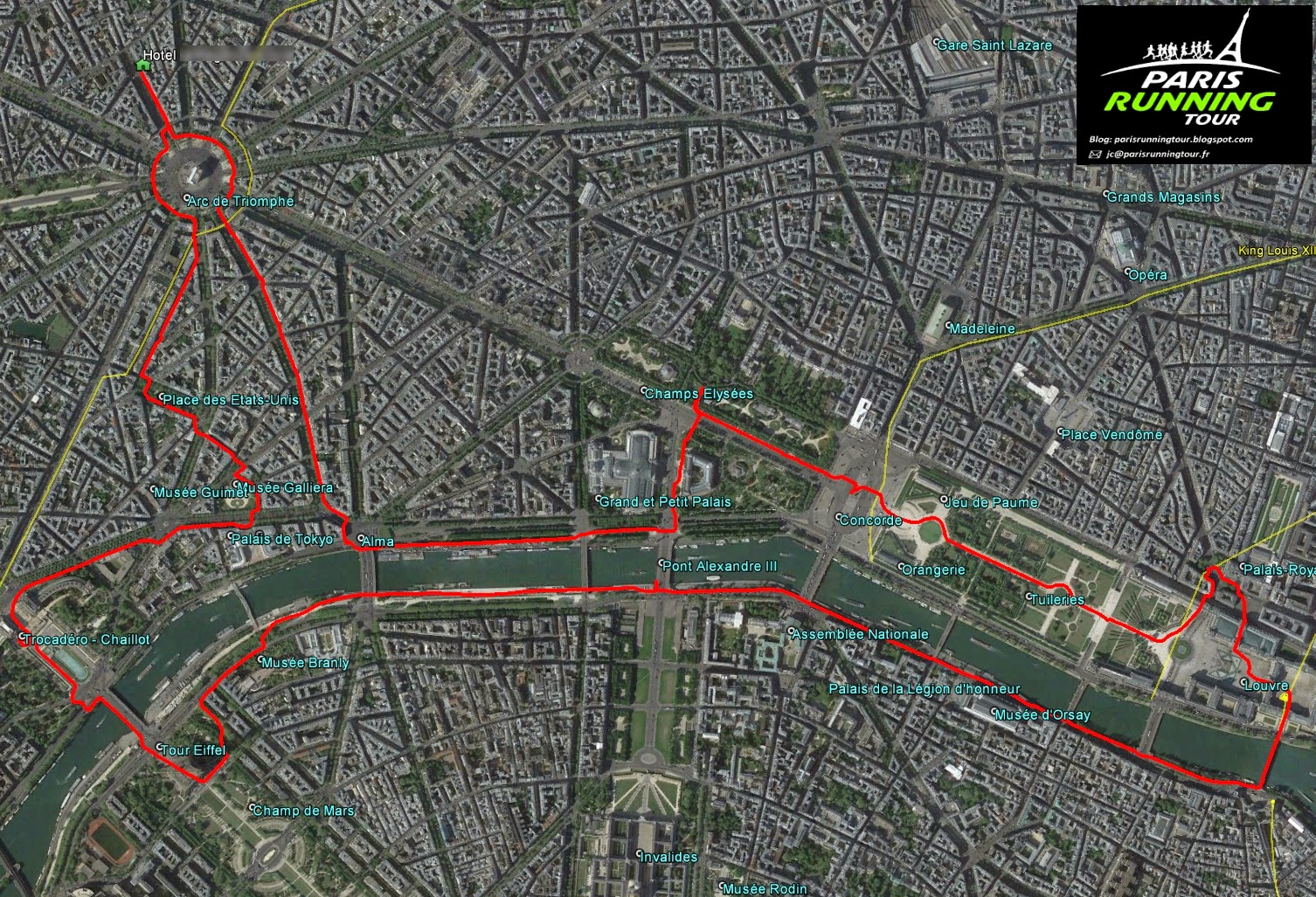 In front of the invisible pyramid with Molly and Saul

Running, understanding, having fun!
⟨ ⟩
By reading our blog, discover examples of routes we follow with our visitors. See the photos which illustrate the places we met. As during the running tours, we enjoy to present you the stories and the anecdotes of the encountered places. Find the route at the end of articles. If you look for information about a particular place, use the Places list or the Search bar below. If these articles inspire you, contact us and we can prepare your tour according to your wishes.