The oldest monument of Paris with Laura, Marni, Peter, Marshall and Jason

7:00 AM – Marni, Marshall, Laura, Jason and Peter are runners-friends coming from the United States.
Paris is still a little bit chilly in this early spring. Magnolias begin to bloom, as here in the garden of the “Palais Royal” (Royal Palace).

Our sports visit begins in the garden of the Tuileries to arrive quickly at “place de la Concorde”, in front of the oldest monument of Paris, the Obelisk of Luxor:

In 1830, the viceroy of Egypt Mehemet-Ali offers to France the obelisks of Luxor.
Then begins, for the first obelisk, an adventure which will last more than 6 years: the preparation of the operation, the cutting down of the obelisk, its transport towards Paris and its erection “place de la Concorde” in 1836, with all the troubles such an expedition can generate (heat, diseases, expectation of the Nile flood, navigation and transport difficulties, etc.)

The other part of the “present”, the second Obelisk, remained in Luxor, France not wishing to launch again such an operation!

Our visit continues along the Seine, the left bank then the right bank again. We cross the river Seine running on the “Pont des Arts”, the famous footbridge:

In the background of the photo above, we can admire the “Galerie du bord de l’eau” of the Louvre. Did you know that in this long corridor, king Henri IV organized fox hunting for his son, future Louis XIII?

We finish our running by returning by the garden of the Tuileries, very quiet in this morning of March: 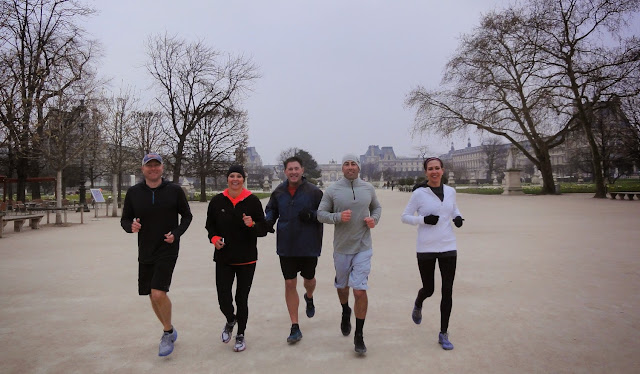 
The route of the tour : 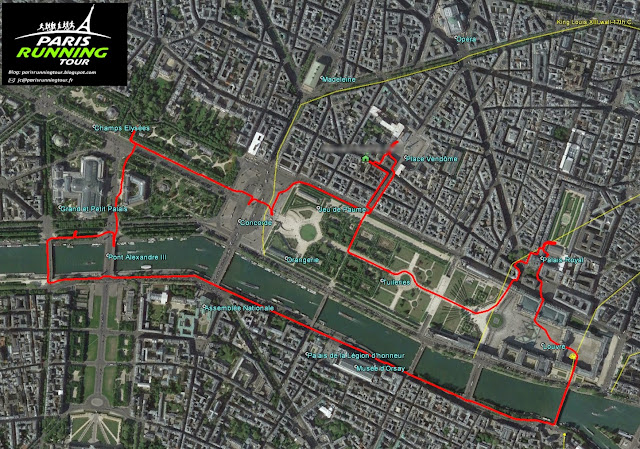