With Sharon, in front of the canons of the “Invalides”

7:34 AM – With Sharon, who lives in Bangkok (Thailand), we traveled a good distance by running, more than 16 km to visit Paris. It allowed us to discover numerous surprising and interesting places, especially for their history.

As we can see it on the photo above, we ran around the “Invalides”, the famous “Hôtel des Invalides”, created by Louis XIV to accommodate the injured veteran soldiers of his armies.

A canons battery faces the “Esplanade des Invalides”. It was not at the origin of the French artillery but the got back enemy canons, belonging mainly to the Austrians and to the Turks.
These artillery still fire, for example every time France elected a new President of the Republic.

Close to the “Invalides”, on our road, the Rodin museum. The Rodin museum is at the heart of a beautiful garden which exposes statues of the sculptor.
During a small break, since the street, we were able to admire one of the copies of a well-known work of Rodin, “Les Bourgeois de Calais”:

The work “Les Bourgeois de Calais ” redraw a famous episode of the one hundred years war.
In 1347, to end the terrible siege of the city of Calais and save the inhabitants, six burghers, a rope around the neck, surrendered in sacrifice to the English king Edouard III. His wife Philippa de Hainaut interceded to save them from the execution. It is what tells the Chronicle of the period…

At the exit of the museum, the visitors, doubtless reached by the artistic fiber, are used to decorating posts situated around the museum with their tickets: 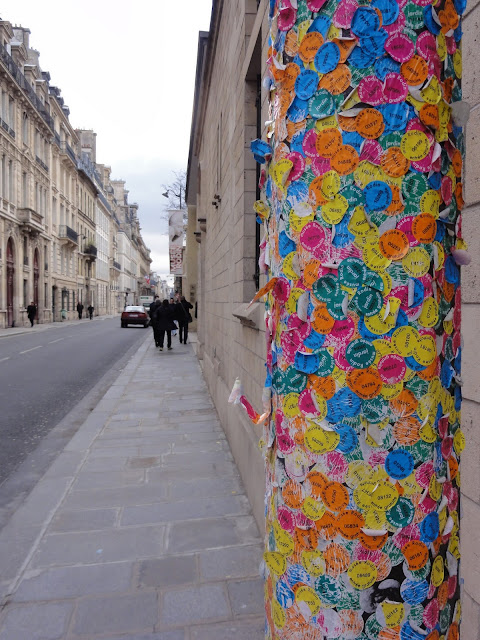 On our road, near the Petit Palais, we saw Winston Churchill:

Later, we met the Expiatory Chapel, a quiet and little known place in Paris:

The Expiatory chapel is a monument dedicated to Louis XVI and to Marie-Antoinette. Louis XVIII ordered the construction of the building in the place where were buried the King and the Queen in 1793, after having been guillotined.

Avenue of the President Wilson, in this Saturday, it is a typical Parisian market which offered us the colors of his fruits: 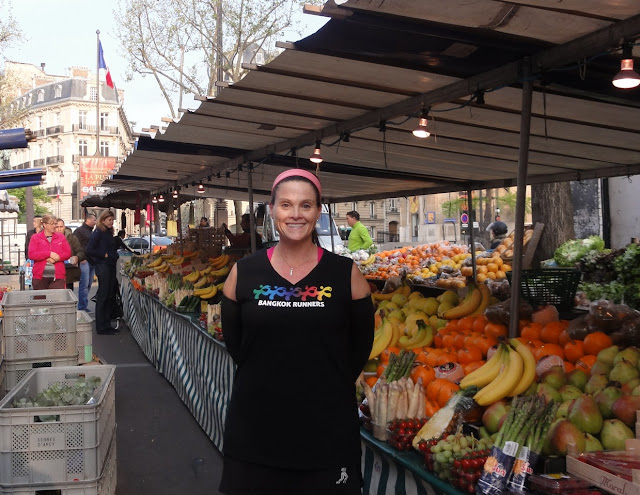 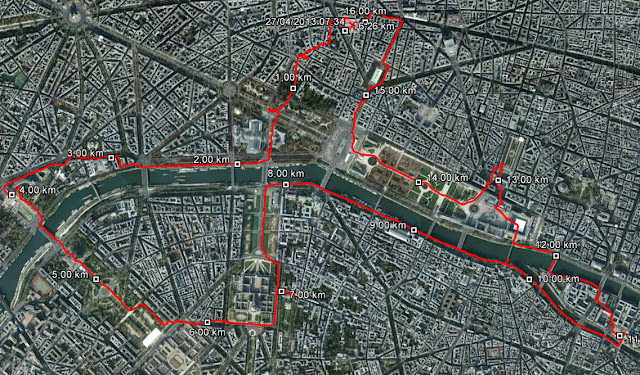 Meeting the American writers in Paris with Mary, Susan and Sonia
⟨ ⟩
By reading our blog, discover examples of routes we follow with our visitors. See the photos which illustrate the places we met. As during the running tours, we enjoy to present you the stories and the anecdotes of the encountered places. Find the route at the end of articles. If you look for information about a particular place, use the Places list or the Search bar below. If these articles inspire you, contact us and we can prepare your tour according to your wishes.