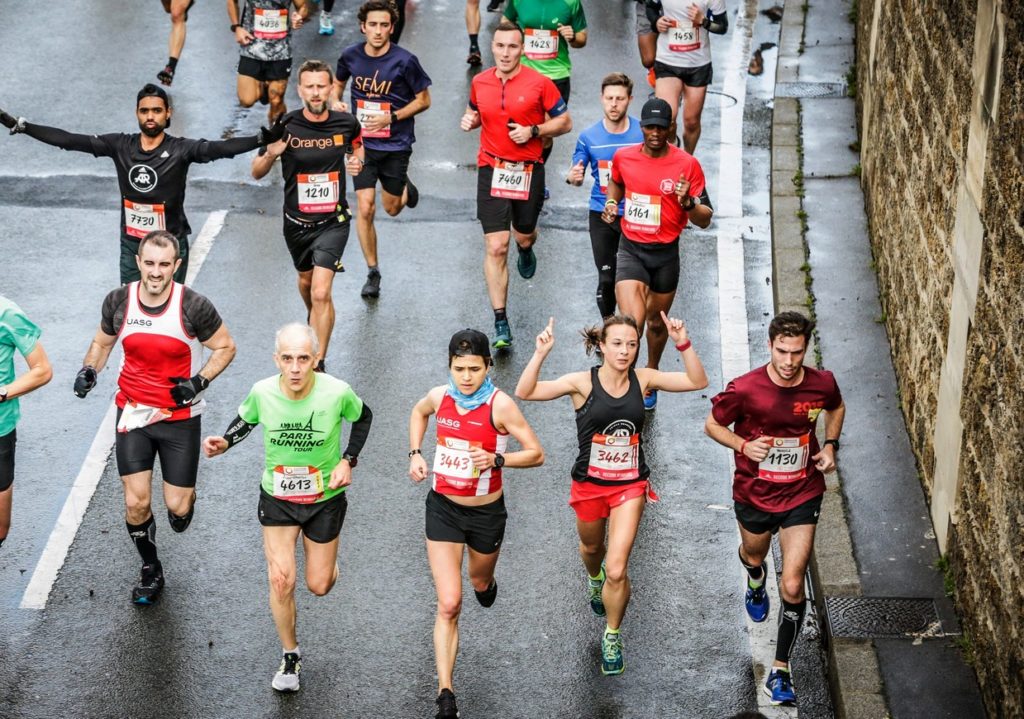 Paris Half Marathon 2019 – With our friends Sarah and Sonia

March 1, 2020. Every year, at the beginning of March, it’s the big half marathon that everyone is waiting for, the Paris half-marathon, the objective of the season or an important milestone in the preparation of the Paris Marathon at the beginning of April.
We know the Paris Half Marathon well from having run it many times.
Beginning of March, it’s almost the end of winter, the weather can be really variable, with sometimes snow at the start, extremely cold as in 2005, very mild as in 2007, with very heavy rains as in 2017, difficult to predict… Last year, we had a strong wind. Look at this finish where the wind lifts the carpet and makes a runner fall!

This year again, the start and finish are along the Seine (and no longer in the Bois de Vincennes): start near the Gare d’Austerlitz and finish in front of the Grande Bibliothèque. The route is relatively rolling (at least compared to that of the 1990s). Most of the route passes through the Bois de Vincennes but you also go through the Bastille, the Banks of the Seine and the City Hall (Hôtel de ville): 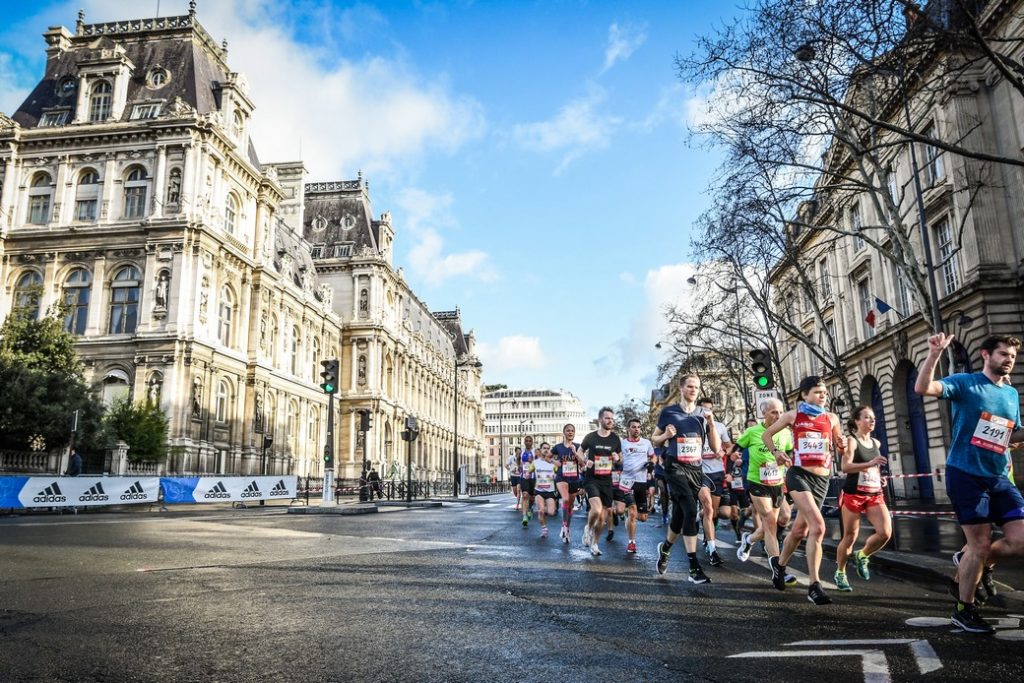 Paris Half Marathon 2019 – Passing next to the Hôtel de Ville

So, first half-marathon, looking for record on the distance, preparation for the Paris marathon which takes place 5 weeks later, pleasant running time with friends, whatever, GOOD HALF!
And whether it’s cold or hot, no matter the weather, it’s a great party!

← ← Eco-Trail de Paris 2020 Strides of the Tertre in Montmartre 2020 → →
What a pleasure to run on the Parisian pavement free of cars, to be able to run in the middle of the "Avenue de l'Opéra", in front of the Eiffel Tower or in the middle of the "Champs Elysées"... Parisian passionate about my city and running (hence Paris Running Tours!), I have been running races since 1995, most of them in Paris. This blog aims to present you past and future Parisian races. Discover the calendar and detailed articles of running competitions in Paris. For each race, links will take you to the sites related to the race (registrations, results, practical information...), photos, videos, routes... On some photos, you can recognize our Paris Running Tours runners : ). Thanks to the photographers! I hope to see you at one of these races (please let me know) or during a Paris Running tour. Happy running in Paris! Jean-Charles, Paris Running Tours guide and manager