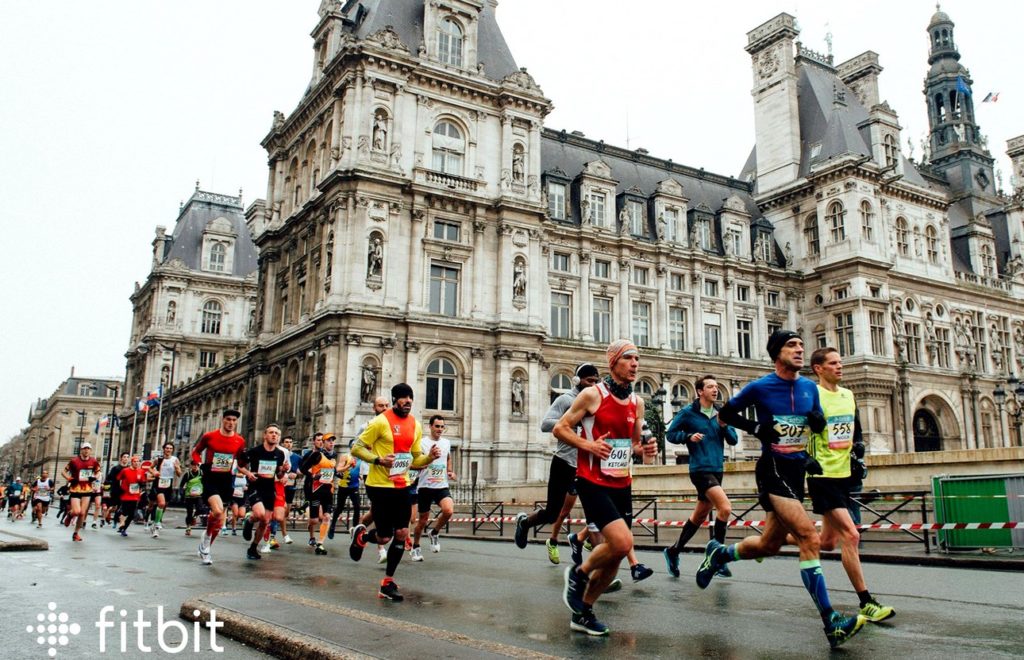 It is the HALF MARATHON of Paris, the 27th edition. There are two other half marathons in Paris but whose course is not totally in Paris, the Vincennes half marathon and the Boulogne half marathon (see the corresponding articles in this blog).

Among the new features this year, the route and the village.
Even if the route is very similar to last year’s, the start and finish are no longer in the Bois de Vincennes. The race starts from the pier of Austerlitz (not far from the train station of the same name) and ends in front of the “Grande Bibliothèque”, the BnF site François Mitterrand (Bibliothèque Nationale de France), pier François Mauriac.
Similarly, the village that was located in the Bois de Vincennes in the Floral Park is now at La Villette. Village, start, finish, all this a little more central in Paris and therefore a better access for runners who do not live on the Vincennes side…
The race is still taking place for a good part in the Bois de Vincennes, about ten kilometers.

A fairly flat route compared to the 1990s…

So, first half-marathon, looking for record on the distance, preparation for the Paris marathon which takes place 5 weeks later, pleasant running time with friends, whatever, GOOD HALF!

Half-marathon of Paris 2018 – With a Paris Running Tours guide who does not forget to show the beauty of the banks of the Seine ;-)

And why not combine this competition with a sightseeing tour of the city during your stay in Paris by running with real Parisian runner guides (warming up a day before the competition or recovering a day after)? Enjoy an original private tour, tailor-made for you:

← ← Valentine’s Day race 2019 Eco-Trail of Paris 2019 → →
What a pleasure to run on the Parisian pavement free of cars, to be able to run in the middle of the "Avenue de l'Opéra", in front of the Eiffel Tower or in the middle of the "Champs Elysées"... Parisian passionate about my city and running (hence Paris Running Tours!), I have been running races since 1995, most of them in Paris. This blog aims to present you past and future Parisian races. Discover the calendar and detailed articles of running competitions in Paris. For each race, links will take you to the sites related to the race (registrations, results, practical information...), photos, videos, routes... On some photos, you can recognize our Paris Running Tours runners : ). Thanks to the photographers! I hope to see you at one of these races (please let me know) or during a Paris Running tour. Happy running in Paris! Jean-Charles, Paris Running Tours guide and manager