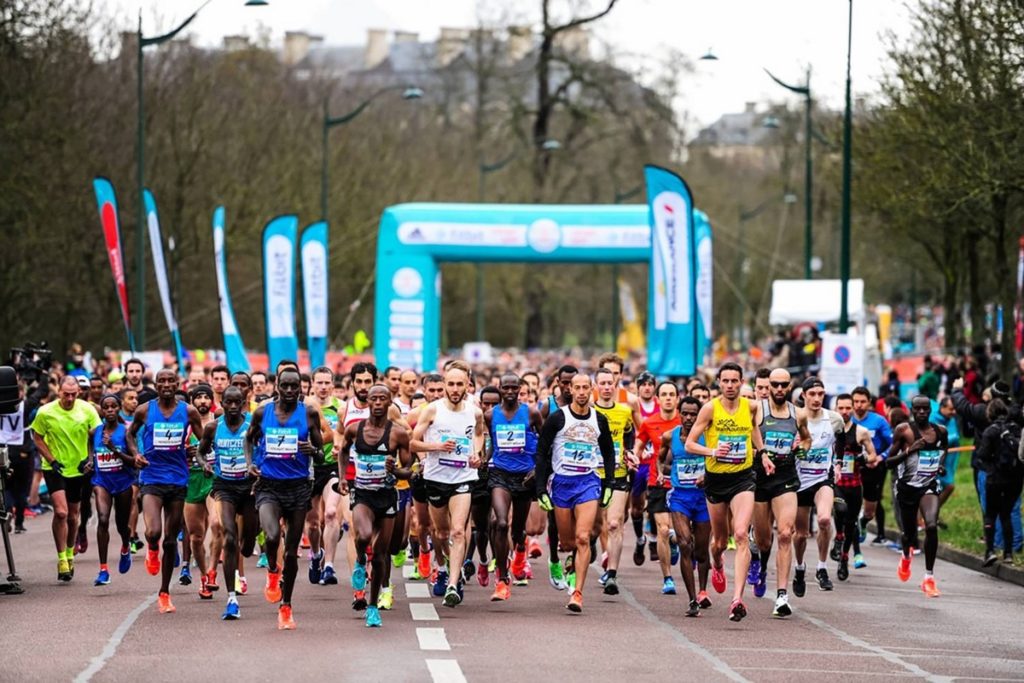 As for several years now, the start and finish are in the Bois de Vincennes. The race goes and joins the heart of Paris passing by the river Seine, reaches the Hôtel de Ville and returns again by the Seine to rejoin the Bois de Vincennes and to end with some uphill false flats at the finish near the starting point. A beautiful loop!

Who remembers the old courses that started at “Stade Charléty” and ended up in the stadium on the track? The end reserved some beautiful climbs… Find the 1998 edition below, 20 years ago…

← ← Odlo Crystal Run 2018 Paris Eco-trail 2018 → →
What a pleasure to run on the Parisian pavement free of cars, to be able to run in the middle of the "Avenue de l'Opéra", in front of the Eiffel Tower or in the middle of the "Champs Elysées"... Parisian passionate about my city and running (hence Paris Running Tours!), I have been running races since 1995, most of them in Paris. This blog aims to present you past and future Parisian races. Discover the calendar and detailed articles of running competitions in Paris. For each race, links will take you to the sites related to the race (registrations, results, practical information...), photos, videos, routes... On some photos, you can recognize our Paris Running Tours runners : ). Thanks to the photographers! I hope to see you at one of these races (please let me know) or during a Paris Running tour. Happy running in Paris! Jean-Charles, Paris Running Tours guide and manager