Discovery of Paris history by running with Felicity

7:58 AM –  With Felicity from Melbourne (Australia), we rediscovered the city at a good pace while admiring tracks left by the history on the scene, monuments and buildings of Paris.
We crossed The Louvre which made us go back up to 16th century, period when the king François the 1st replaced the ancient fortress by a luxurious residence. Since, during the centuries, the Louvre grew rich of numerous extensions.

Of the Louvre, we went through the Garden of the Tuileries, Italian-style garden, begun in the same period by Catherine de Medici. It is an ideal place to run.
Look at these trees sized as balls on the photo above. Their shape is created by a probably old technique and still used, as we can see here: 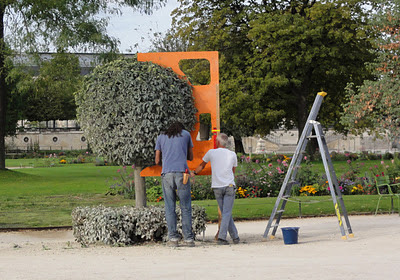 We then ran on the Alexandre III bridge, who sent us in 1900, year of its creation:

Back in the past, at first in Notre-Dame, the construction of which begins in 1163,

then in “Le Marais” district, where we found the most ancient houses of Paris, two medieval “buildings”, doubtless built in the XIVth century and having undergone some renovations (originally, they probably had to possess corbelled constructions as many houses of the Middle Ages): 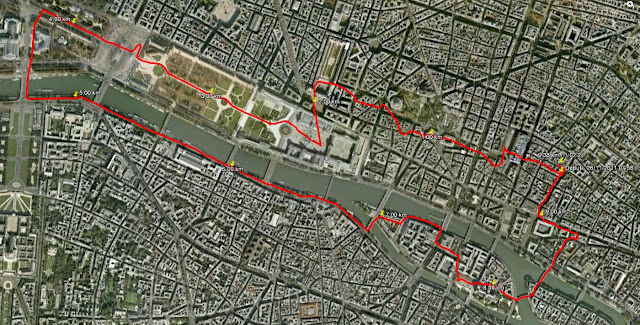 Running in October in Paris
⟨ ⟩
By reading our blog, discover examples of routes we follow with our visitors. See the photos which illustrate the places we met. As during the running tours, we enjoy to present you the stories and the anecdotes of the encountered places. Find the route at the end of articles. If you look for information about a particular place, use the Places list or the Search bar below. If these articles inspire you, contact us and we can prepare your tour according to your wishes.