In front of the Opéra Garnier with Lourdes

8:17 AM –  Lourdes, from Mexico, ended its stay in Europe with a short stage in Paris. How to take advantage of Paris when we have not a lot of time? A fast morning run before taking back the plane? Why not?! How lucky! The weather was very beautiful on this Saturday morning.
From the North of Paris, we thus ran to join the Louvre and the Tuileries by benefiting of the Palais Royal, the place Vendôme and the Opera Garnier.

We made a small break to be able to admire the Opera.
If you look on the right of the Opera, in the left of the porch, you perceive a statue, the Dance :

“La Danse “, representing the genius of the Dance, was realized by Jean-Baptiste Carpeaux for the Opéra Garnier. It is here a copy. You can see the original statue at the Museum of Orsay.

During its implementation in 1869, the work made scandal! “What?! Naked women enjoying life!”

The architect Charles Garnier, creator of the opera, even received a famous letter: ” I have a woman, Sir, and girls fascinated by music who often go to the opera. It will be impossible for them henceforth because I shall never grant to lead them in a monument the sign of which is the one of a bad place. “!

Some even threw ink on the statue: 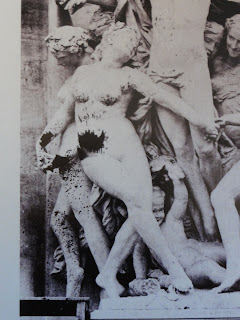 Under the pressure of the public opinion, Napoleon III was ready to remove the work, but the war of 1870 burst and saved the statue. To find the original statue (cleaned!), go to the Musée d’Orsay. Take advantage of it, the museum was completely renewed in 2011. 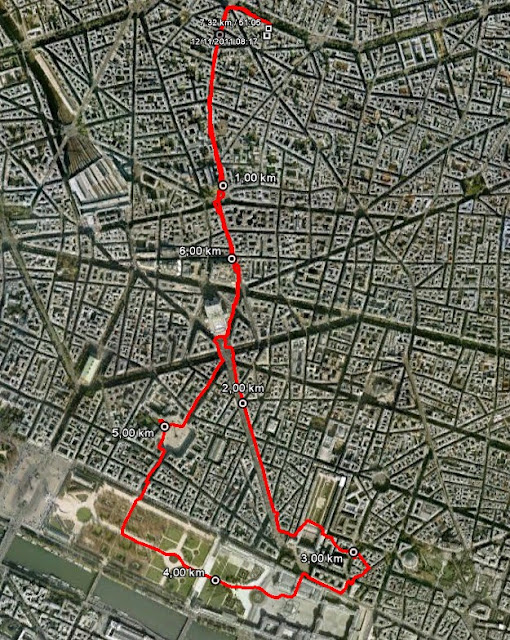