8:32 AM – Ingrid lives in Uberaba, Brazil. To begin her stay in Paris, Ingrid chose to make a Paris Running Tour. On Sunday morning, two days before Christmas, Paris is quite decorated for the holidays. As we can see above, the beautiful Gallery Vivienne (1823) also respects the tradition.

Our run, in this very quiet Paris of a Sunday morning before Christmas, allowed us to see a highly varied Paris: passages (Gallery Vivienne, passage of the “Grand Cerf”, passage of Bourg-L’abbé), the Paris of Napoleon the 1st with the Arc of the Carousel, the modern Paris with the Pompidou Center or the very old Paris with Nicolas Flamel’s house.

Nicolas Flamel’s house, which dates 1407, is the oldest of Paris (older than those of the street François Miron). Nicolas Flamel was a rich “Bourgeois” who, with his wife Pernelle, made build houses to welcome the poor people. This one, street of Montmorency, is the last existing one. An inscription indicates the prayers that the inhabitants of the place had to make : “We, ploughmen and women living at the porch of this house, which was made in 1407, are requested to say every day an ‘Our Father’ and an ‘Ave Maria’ praying God that His grace forgive poor and dead sinners Amen“.
It is at present an inn.

Some strides farther, it is the modern Paris which we discover.

Effectively, we find the Pompidou Center, one of the biggest world Contemporary Arts Centers. It welcomes at present a temporary exhibition of the artist Adel Abdessemed. We can see on the square a (provocative?) sculpture representing the headbutt given by the famous football player Zinedine Zidane to an opponent having a little moved words…

We have already spoken about the Arc of the Carrousel during a tour with Kristy.
Had you noticed the quadriga at the top of the Arc?
In fact, the sculpture is a copy.
Napoleon 1st had taken the original statue to the Venetians who themselves had stolen it during the sack of Constantinople in 1204 (The quadriga were ordered by Emperor Constantin in 330).
With Napoleon’s fall, the original horses were returned to Venice where you can admire them place Saint Marc.

To finish, here is a small postcard with other beautiful places seen during our visit: 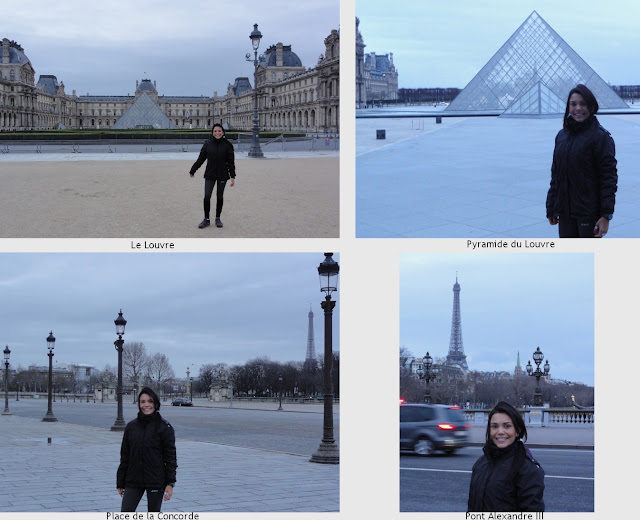 Merry christmas to all!
Merci Ingrid ! 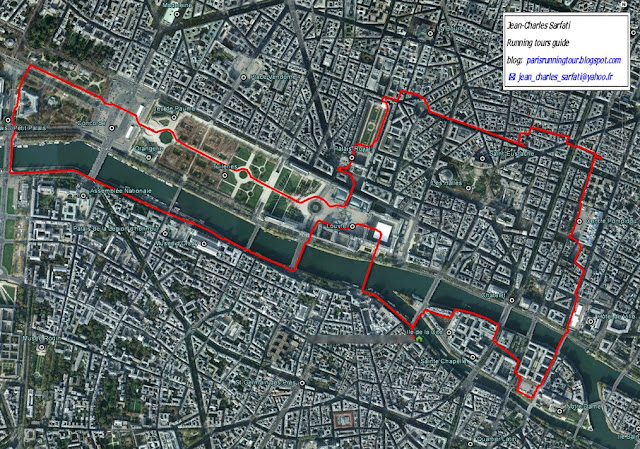