Around the flooded Seine with Robin 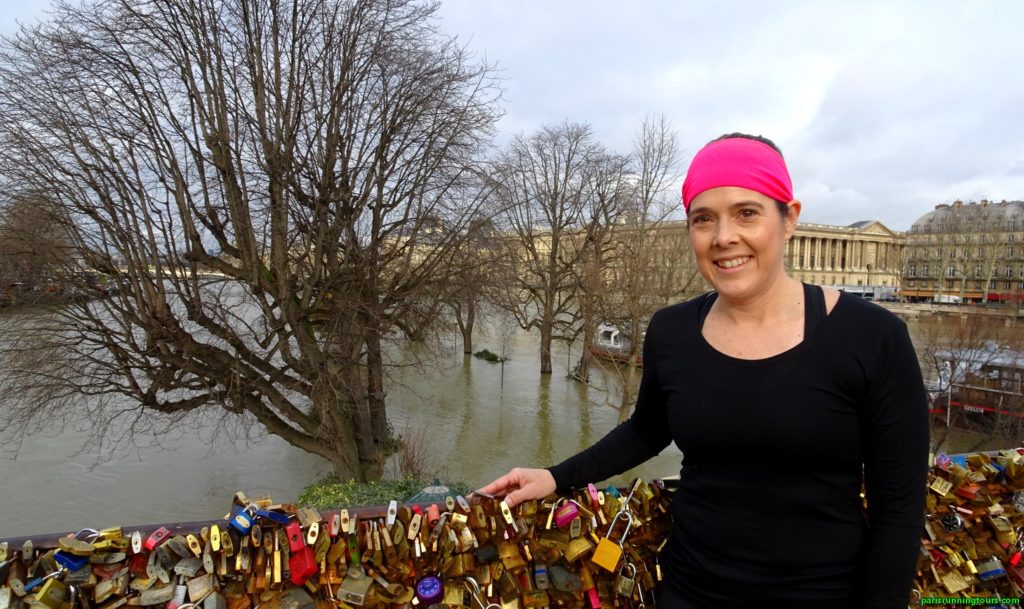 From the “Pont Neuf” (Pont=Bridge), the flooded “Square du Vert Galant” (the benches are under the water) – In the back, on the right, the Louvre (the works of art usually stored in the basement have been placed under protection).

During our Paris running tour with Robin from Ohio, we discovered a Paris that is still as beautiful as ever, but surprising, with an amazing new landscape, the flooded river Seine.
This is not the first flood we are experiencing in Paris, remember the very recent flood of June 2016, which was only slightly higher than this one of January 2018. We talked about it during our visit of Paris with Molly and Saul. Small floods also appear from time to time, for example, here in 2013.

Together With Robin, we discussed the various aspects of this flood, the 100-year floods, the unusual extent of the Seine and its effects on banks, boats and even gardens, such as the almost totally submerged “Jardin du Vert Galant” (see photo above).
We also talked about our marathon experiences, Robin’s qualification for Boston, the Paris Marathon and the beauty of its route. 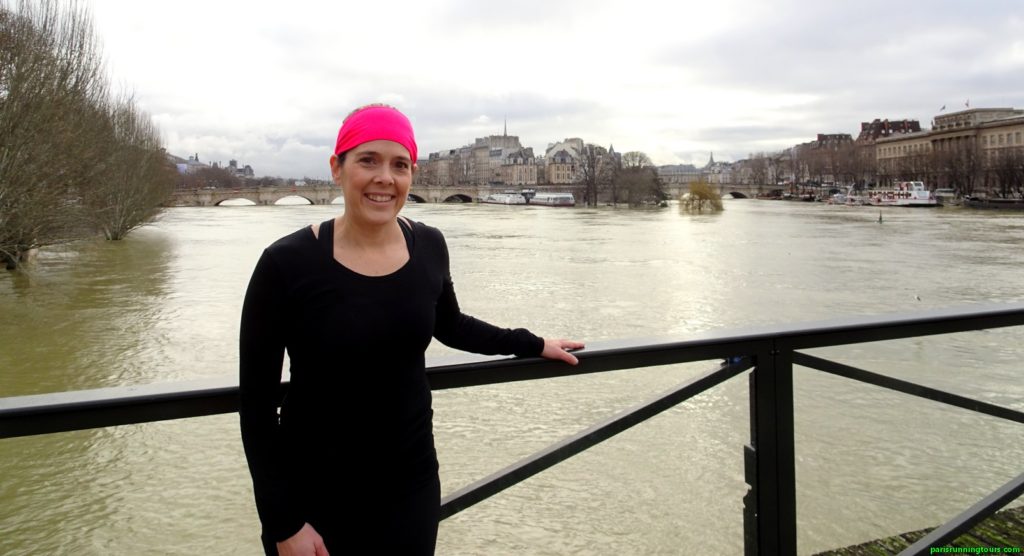 The “île de la Cité” (île=island) from the “Pont des Arts”, with, in the middle, the garden of the “Square du Vert Galant” immersed by the river. 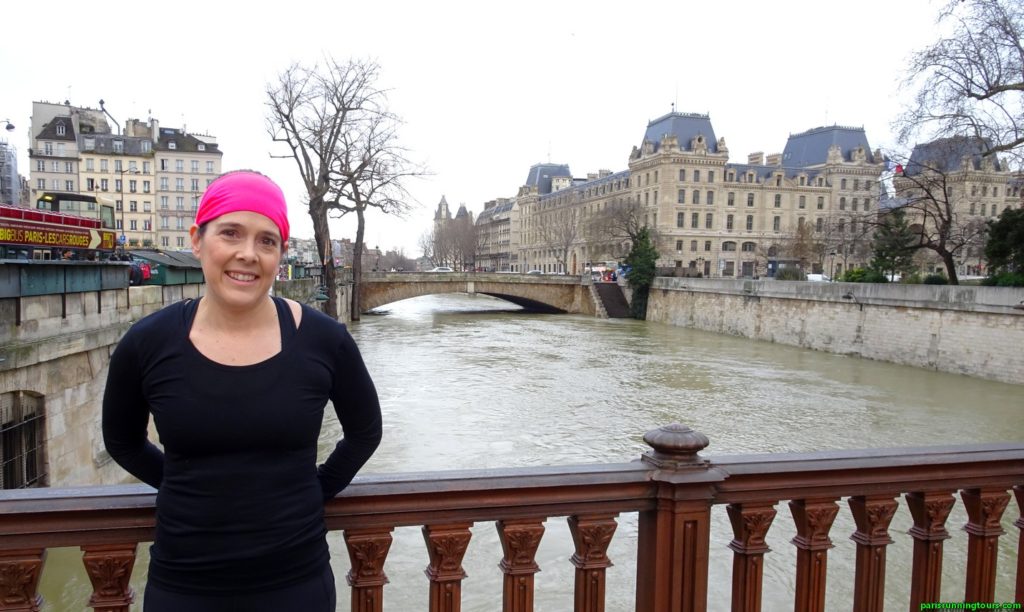 Robin at the “Pont au Double”, in the back, the “Petit Pont” (the “Little Bridge”, yes, that’s its name). On the left, the left bank (!), on the right, the “Ile de la Cité” with the imposing “Préfecture de Police de Paris” building. 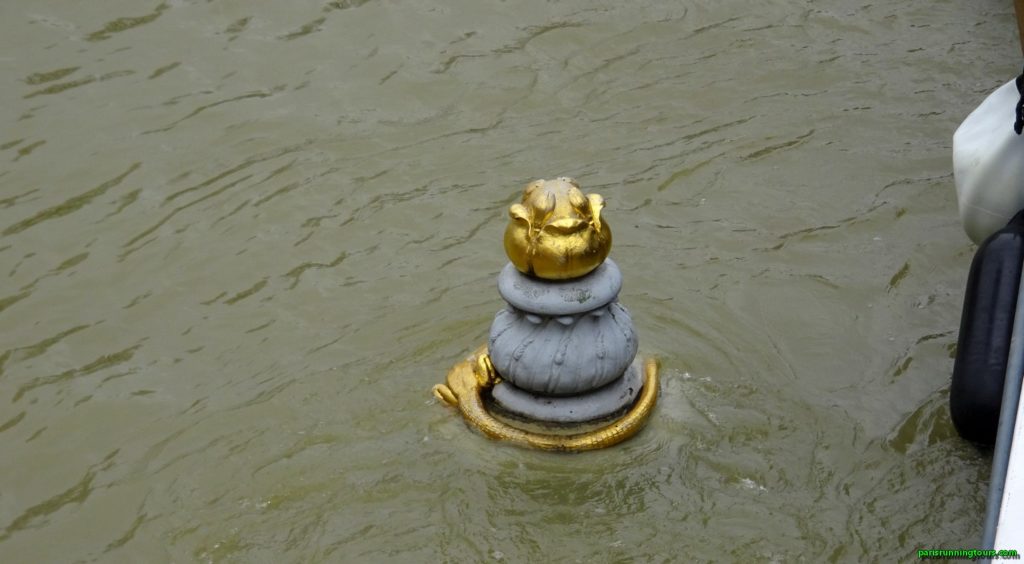 The salamanders at the top of the ornaments surrounding the Alexandre III Bridge seem to be quite confused in front of so much water. 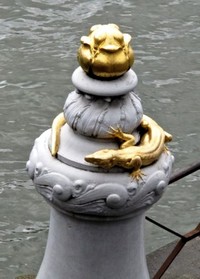 Below, the famous unofficial indicator of the level of the Seine, the “Zouave du Pont de l’ Alma”, with the water up to mid-thigh. We had talked about it here (with the different levels of the Seine in relation to the statue…). 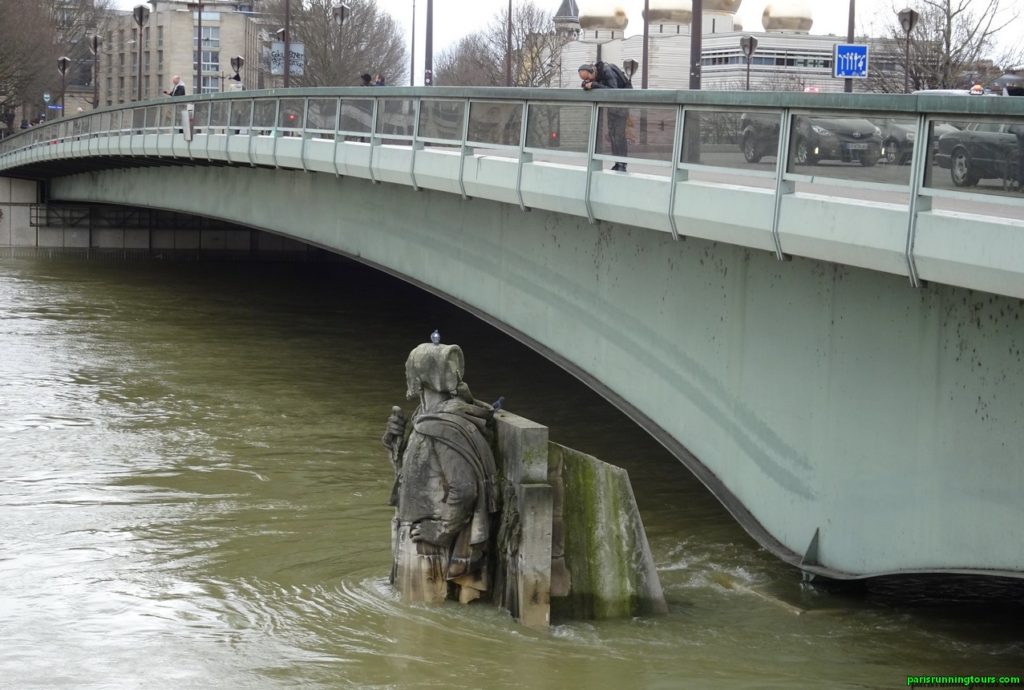 Our visit took us to the heights, less threatened by the flooding of the Seine, for example, the “Montagne Sainte-Geneviève”, at the top of which stands the Pantheon: 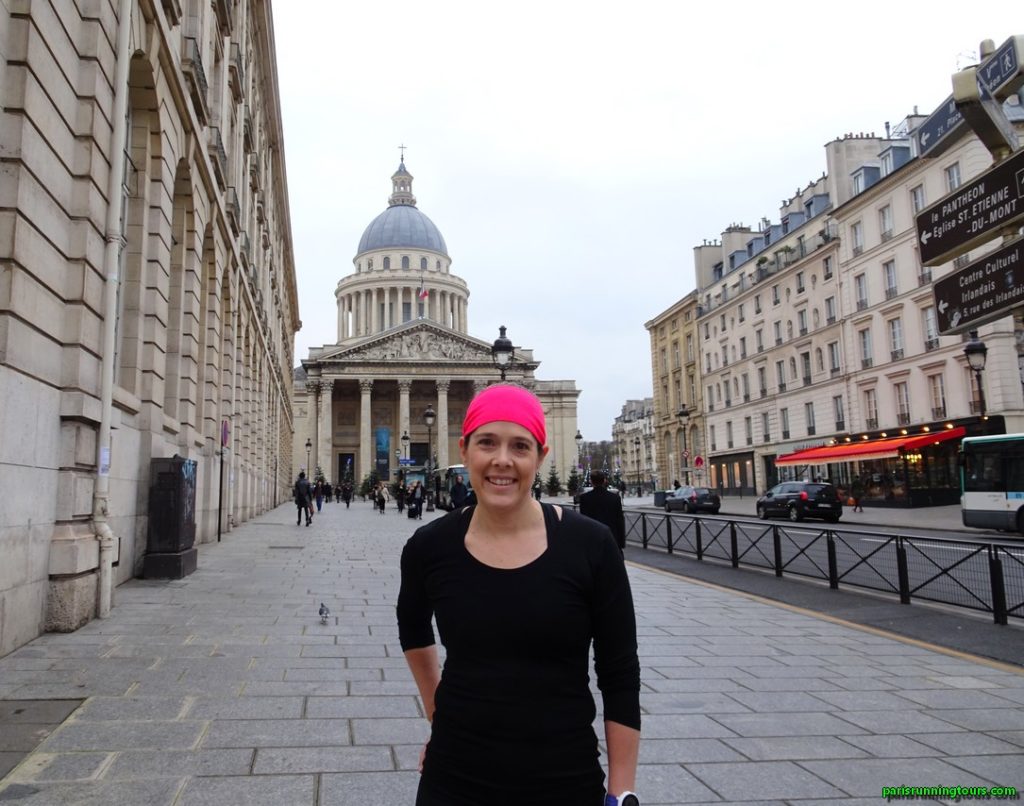 “Montagne Sainte Geneviève” – The “rue Soufflot” and the “Panthéon” 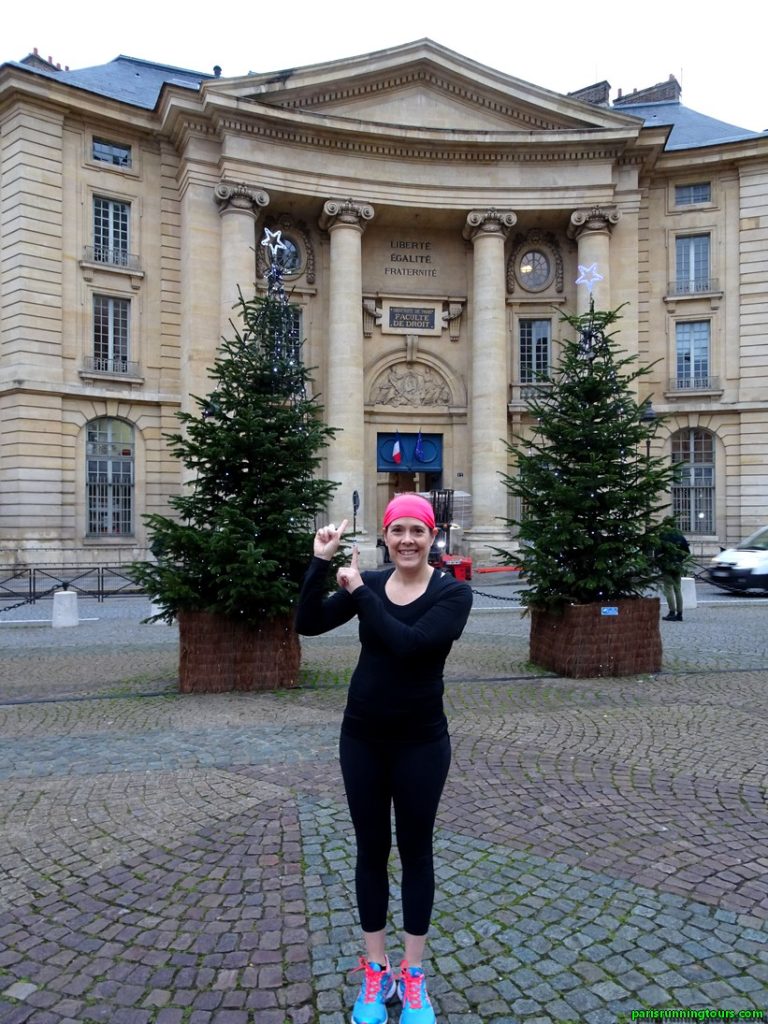 Postcards of an early morning running in Paris with Diana

Running under the bridge Saint-Michel with Antje
⟨ ⟩
By reading our blog, discover examples of routes we follow with our visitors. See the photos which illustrate the places we met. As during the running tours, we enjoy to present you the stories and the anecdotes of the encountered places. Find the route at the end of articles. If you look for information about a particular place, use the Places list or the Search bar below. If these articles inspire you, contact us and we can prepare your tour according to your wishes.