10:05 AM – Kristine comes from New York. Very sports, she chose to take advantage of her stay in Paris to do a Running Tour and so combine sport and discovery of Paris.
We left Grand boulevards to join the Eiffel Tower.

At first, we ran in more intimate places as the garden of the Palais Royal (above) or the magnificent Parisian covered passages:

We often spoke about them in this blog but it is always a great pleasure to discover these passages again.

The second part of the route led us towards less “confidential” but great amazing places, as the banks of the Seine…


… or of course, the Eiffel tower:

Along the way, we crossed the magnificent “Place des Victoires” with the Statue of king Louis XIV, the Sun King.


This square, created in 1685, was named “Place des Victoires” in honor of the military victories of Louis XIV. Do you know that the place saw successively four different monuments:

The first statue was melted in 1792 to make canons during the revolution. It represented King Louis XIV standing… 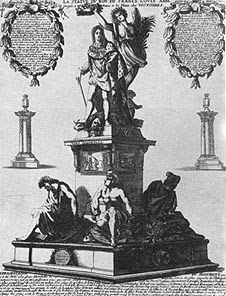 … on a base representing four overcome nations (Spain, the Empire, Brandenburg and Holland): 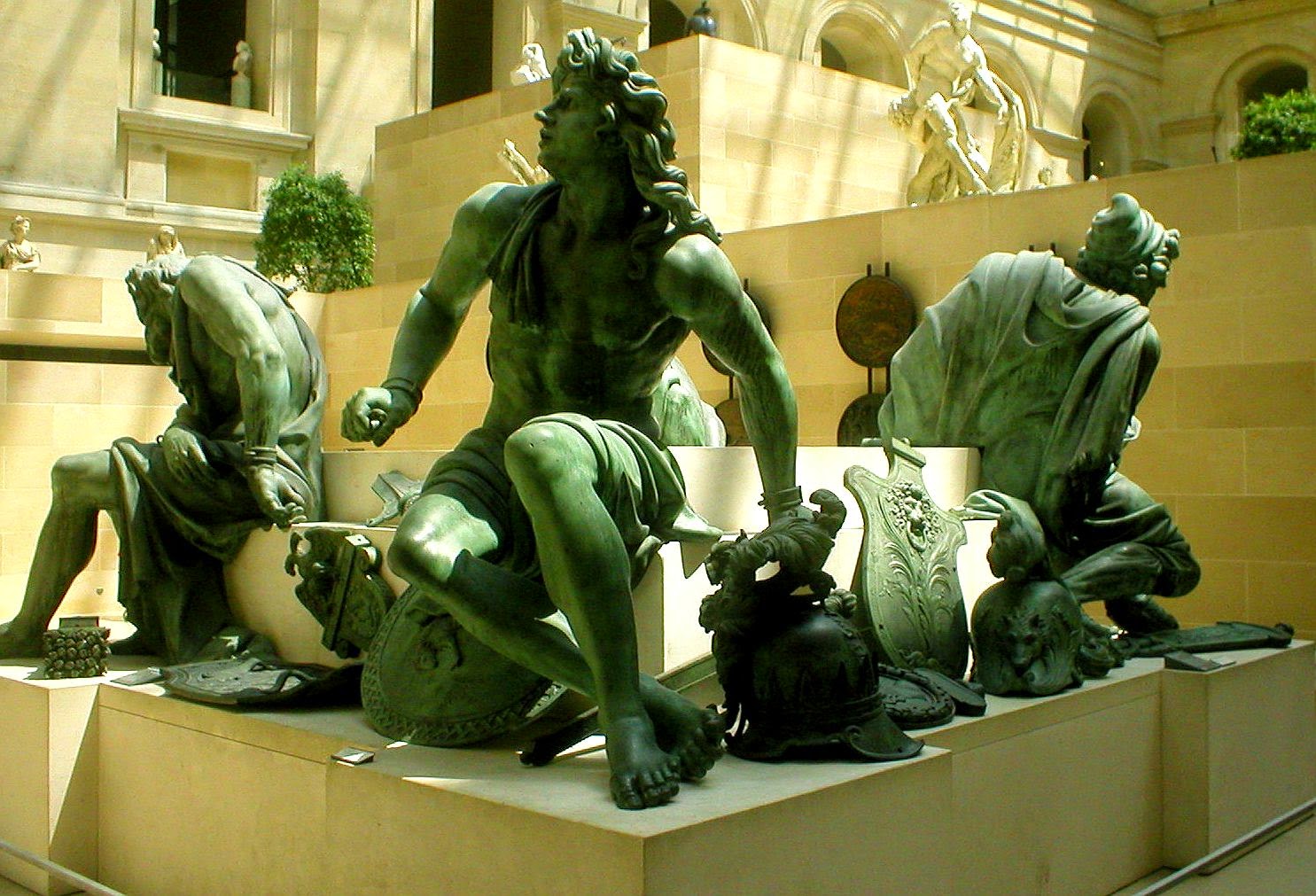 This base is visible in the Puget courtyard in the Louvre.
We can even see it without entering the Louvre since the passage which connects the street of Rivoli with the Louvre Pyramid (remember the photo 12 in this article: here).