8:04 AM – Nicole and Dan live in New York. They are two regular runners. Nicole participates regularly in competitions.
On holidays in Paris, Nicole prepares her next races: the Chicago marathon and, three weeks later, the New York marathon.
Running so close marathons? Yes, with a non-exhausting good training, it is possible.

So what is better than a Paris Running Tour to combine regular training and discovery-visit of Paris?

Let us run in the paths of the garden of the Trocadéro:

then along the river Seine:

The perspectives are often very beautiful in Paris, it deserves some stops: 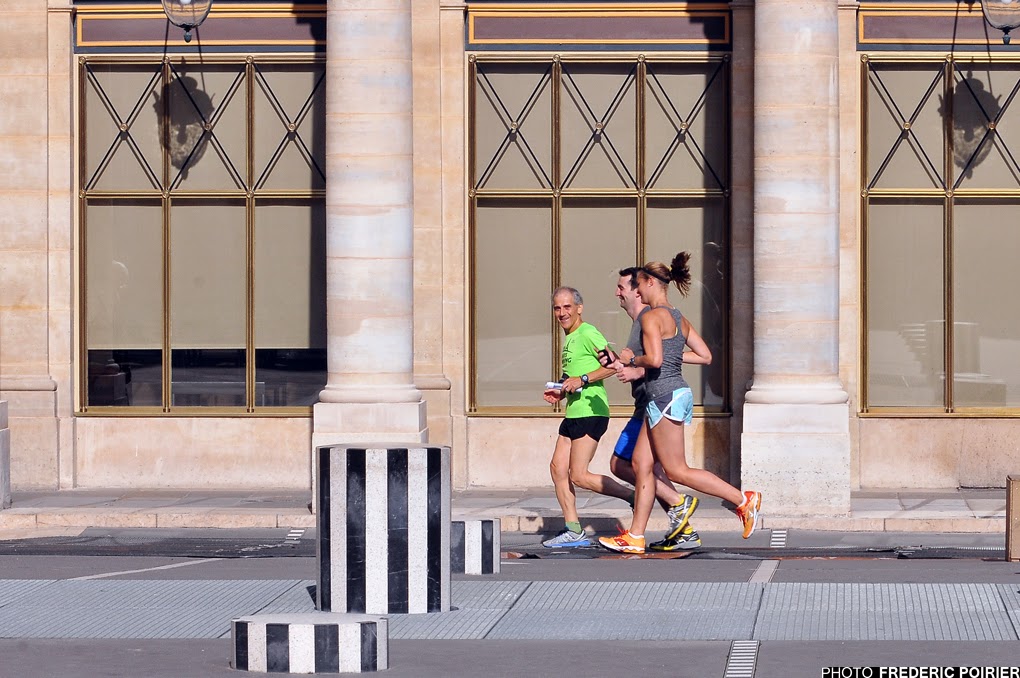 
Since then, Nicole realized a time of 3:31 in Chicago then, only three weeks later, 3:40 in New York. Fantastic!

In front of the invisible pyramid with Molly and Saul