Other discoveries of Paris with Sarah 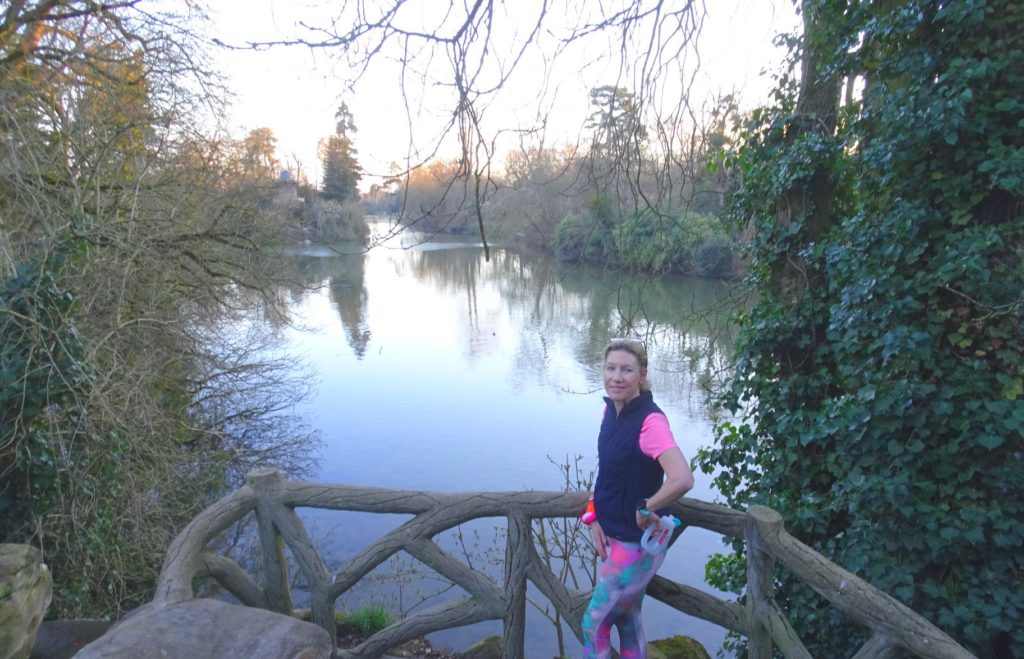 At Paris Running Tours, we are really happy to see runners coming back to run with us. Sarah from Great Britain is one of our faithful visitors. In this month of March, we meet again for the 5th time, and it is with great joy!
Each time, we create a different route. This time, we had chosen to move away from the center of Paris to join the magnificent Bois de Boulogne and its superb lakes (the wood belongs to Paris).
The “Bois de Boulogne” as we know it corresponds to one of the many developments in Paris realised by Baron Haussmann, commissioned by Napoleon III. Here, for the “Lac inférieur” (Lower Lake) that we can admire in the picture above, Napoleon III’s idea was to draw inspiration from the Serpentine River in Hyde Park.
This artificial river could not be built as desired, the engineer in charge having forgotten a six-meters vertical drop that would flood the lower part and dry the upper part! To rectify this error, an “upper” lake and a “lower” lake were created, the smaller one (“Lac supérieur”) discharging through a waterfall into the larger one (“Lac inférieur”). Two beautiful artificial lakes.

To reach the Bois de Boulogne, we took the avenue Foch:

Avenue Foch is the widest avenue in Paris. It starts at the Arc de Triomphe and ends at the Bois de Boulogne. Marathon runners know it well, it’s the finish of the Paris Marathon!
It is also a creation of Baron Haussmann, wanted by the Emperor Napoleon III to give a direct access to the Bois de Boulogne. Initially called “Avenue de l’Impératrice” (the Empress Eugénie, wife of Napoleon III), then Avenue du Bois de Boulogne, it was named Avenue Foch after the First World War.
Avenue Foch is one of the most expensive avenues in Paris (see the French version of the Monopoly…). It was for a long time a very popular walk where the high society liked to show itself. Look at the small postcards above (by clicking you can enlarge the picture).
Nowadays we can see a lot of runners… The avenue is very quiet on this Tuesday morning…

At the end of avenue Foch, we can discover one of the last two Guimard covered edicles (we talked about it with Lysa, here): 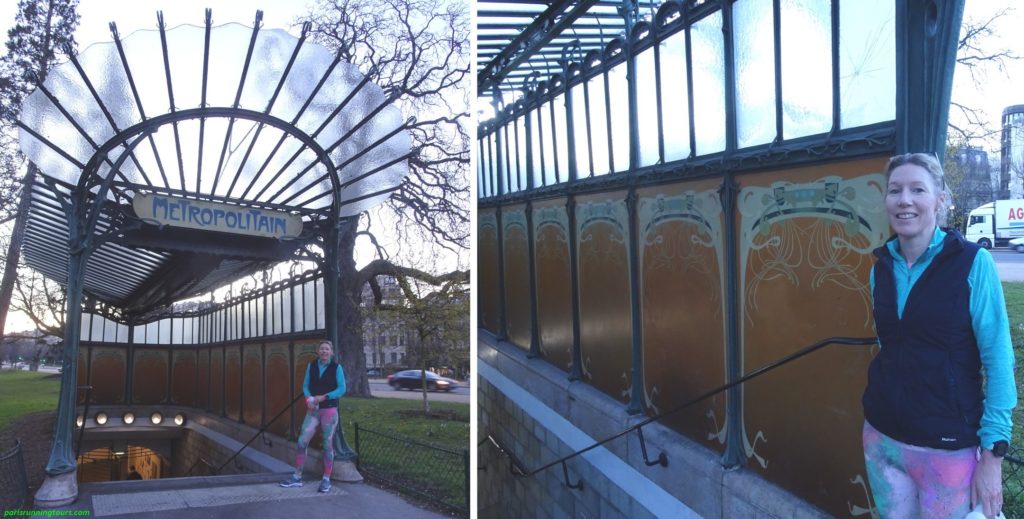 On the way back, we met one of the best-known authors in France, Jean de La Fontaine. All French or francophone children learn the Fables of La Fontaine at school.
Here is the famous fable of the Crow and the Fox: 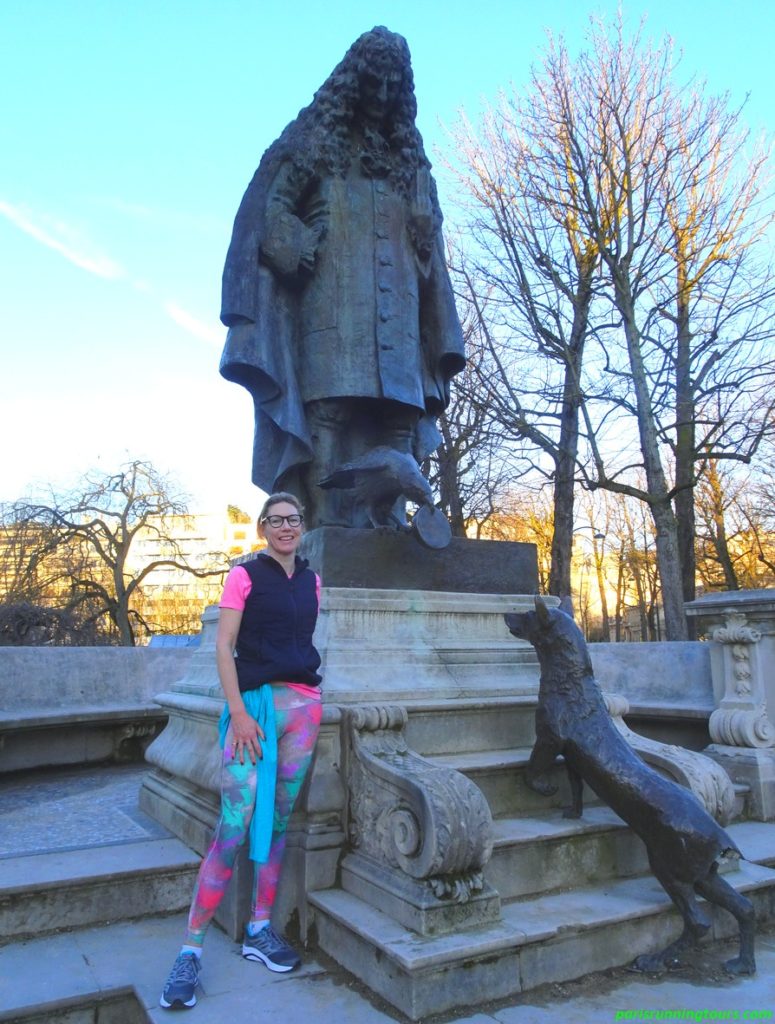 Thank you Sarah for this new beautiful stroll, see you soon!

The Parisian running competitions in 2016

Under the sign of the French-American friendship with Cori
⟨ ⟩
By reading our blog, discover examples of routes we follow with our visitors. See the photos which illustrate the places we met. As during the running tours, we enjoy to present you the stories and the anecdotes of the encountered places. Find the route at the end of articles. If you look for information about a particular place, use the Places list or the Search bar below. If these articles inspire you, contact us and we can prepare your tour according to your wishes.