Contemporary art in one of the oldest companies in the world. With Daniela. 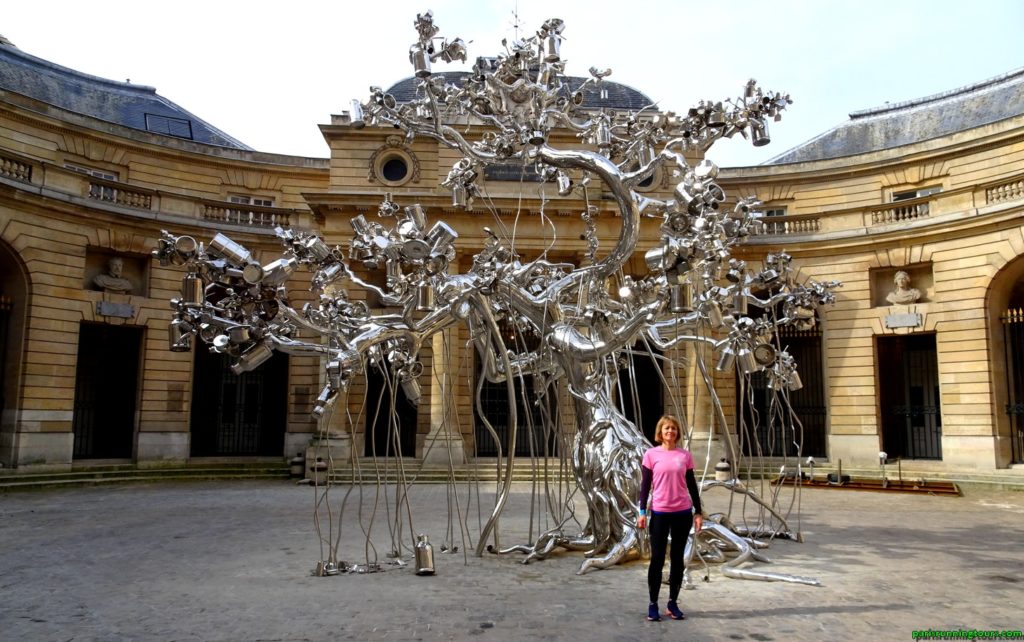 Daniela came from Switzerland to rediscover Paris with Paris Running Tours. During our race, we went from one surprise to another, discovering both very old institutions and very recent artistic innovations, as Paris knows how to propose them very frequently. The city perfectly combines modern art and historic buildings. We can cite many examples, the sculpture Réséda by Jean Dubuffet at the “Caisse des Dépôts”, the Saint Merri Church and the Stravinsky Fountain, the Louvre Pyramid…
Today, it is within the “11 Conti Monnaie de Paris” (Paris Mint) that we discover a very original work, created by the artist Suboh Gupta.
Indeed the “Monnaie de Paris” regularly exhibits the works of contemporary artists. It is however one of the oldest companies of the world still in activity. Created in 864 by Charles II, said “Le Chauve” (the Bald), to realize the currency of Paris. It has been minting French coins for over 1150 years, and still today… the Euros we have in our pockets! The “Monnaie de Paris” is located 11 quai de Conti, in a neo-classical palace built in 1775 and rebuilt identically after being burned down during the Paris Commune in 1871.
See the 11 Conti – Monnaie de Paris, whether for its architecture, the visit of its museum which offers breathtaking views of its art workshops, or its exhibitions of contemporary art. Paris Running Tours recommends it.

We continue on our way (Daniela is more used to mountain races and yet we run at good speed on the Parisian pavement) and surprise, we meet another work of Contemporary Art very recently installed: 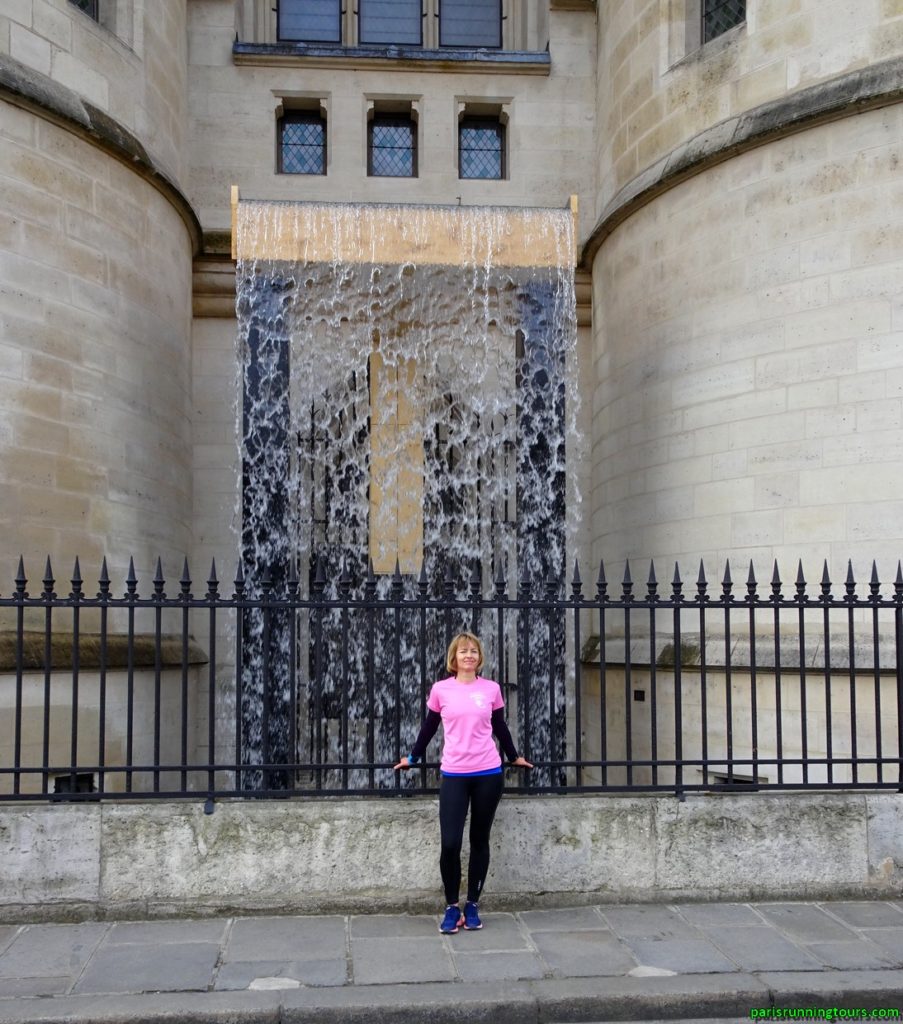 This time, it is the very old “Conciergerie” that houses a new installation, “Détournement” of Stéphane Thidet, who diverts part of the water from the Seine to bring it into the Conciergerie (in a controlled way… if we think of the floods that have invaded the place). The water is then returned to the Seine via the waterfall that we see on the photo.

A little later, we cross the Palais-Royal and admire nature exploding in spring: 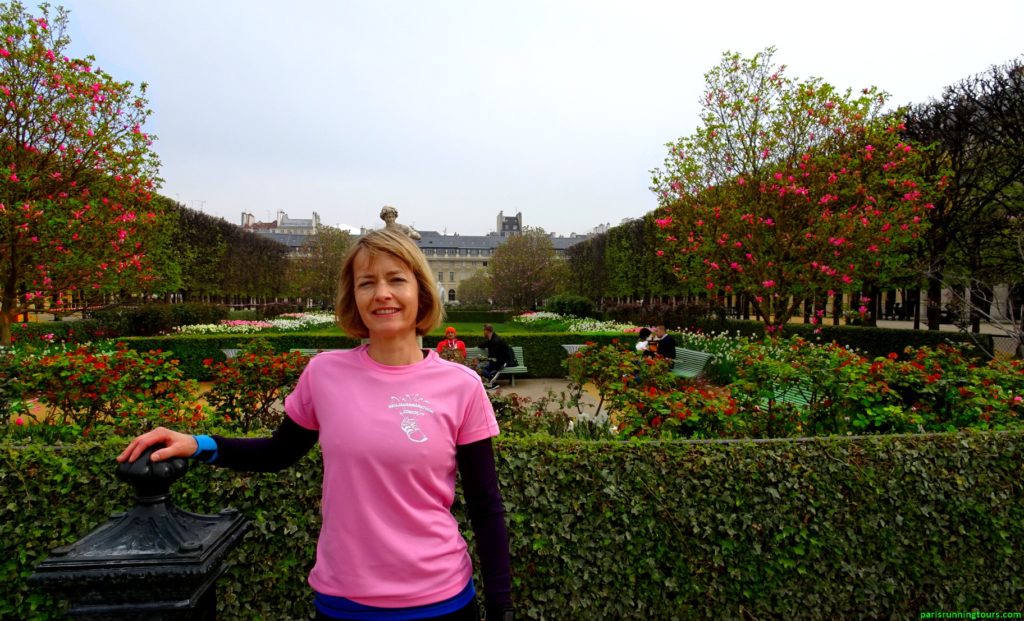 Daniela – Garden of the “Palais Royal”

The Royal Palace also presents Contemporary art works, the famous “Columns of Buren”(see here), too modern for some in 1986 (the creation caused a scandal)…
It is also where the “Conseil Constitutionnel” (Constitutional Council) sits: 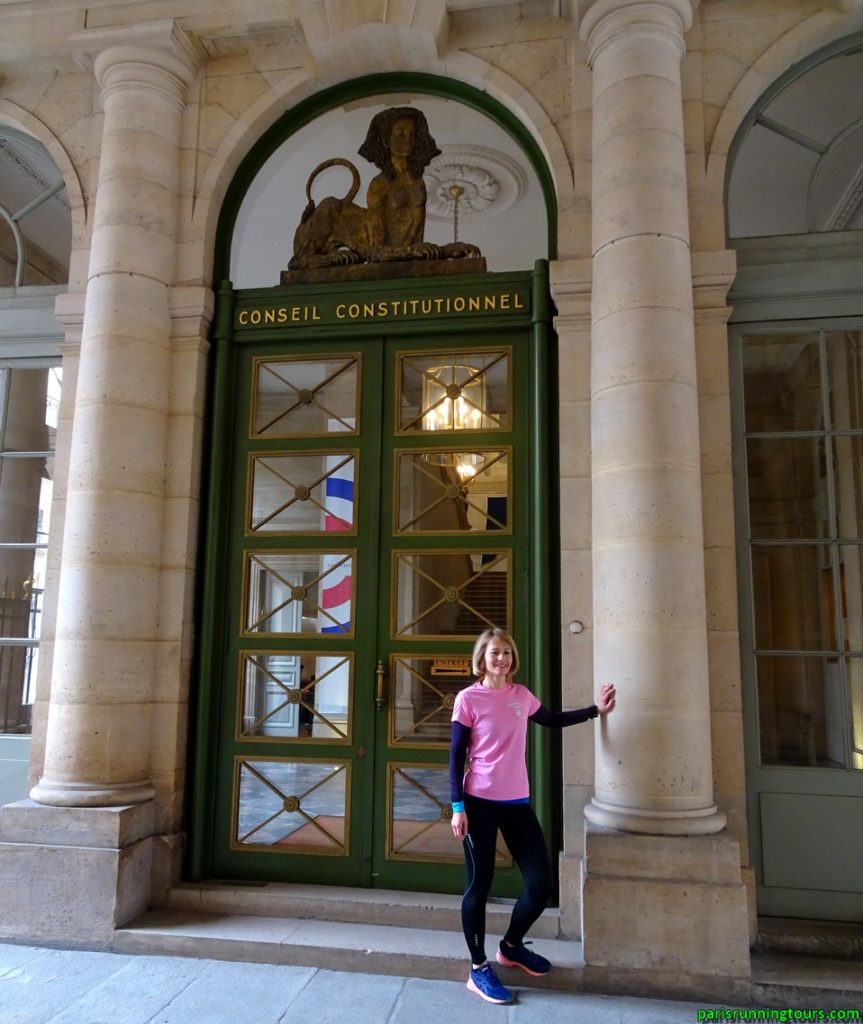 Running does not prevent us from passing through the beautiful covered galleries of Paris, here the Galerie Vivienne completed in 1823 (and which, a little degraded, is being restored): 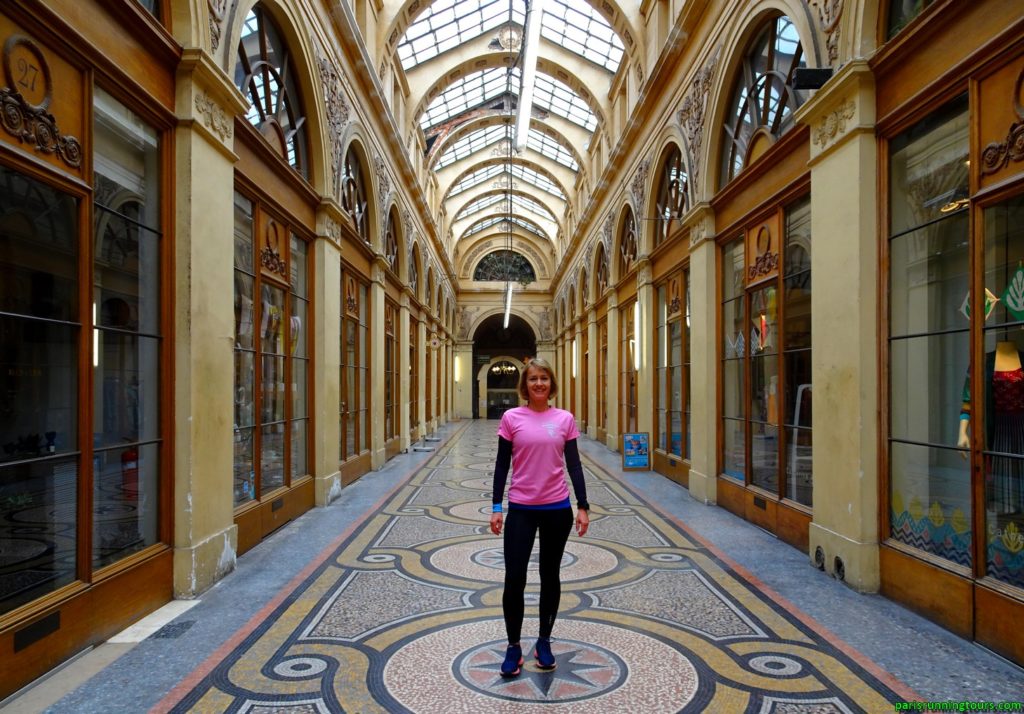 After the oldest company, we stop in front of the oldest house in Paris, the house of Nicolas Flamel and his wife Pernelle : 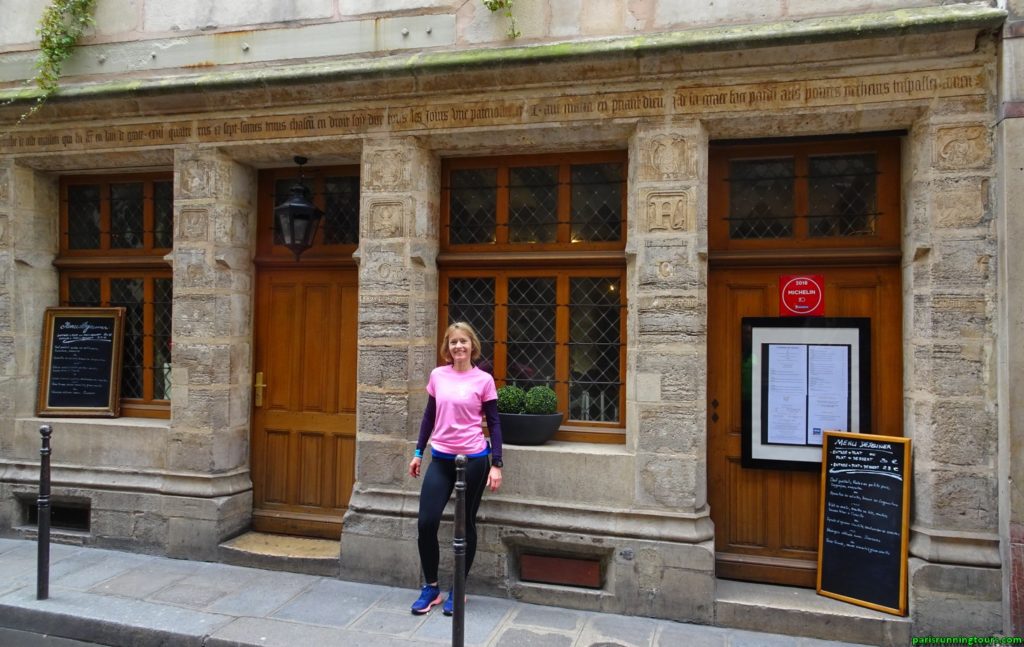 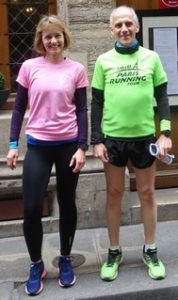 Thank you very much Daniela !