At the Champ de Mars with Janet

7:52 AM – Another very sunny day in Paris. With Janet of Singapore, we evoked the competitions in Singapore and in France. Because of the warm temperatures in Singapore, the races begin very early, for example, the departure of the marathon, which takes place in December, is at 5 am in the morning. Janet will redo it certainly this year but also thinks of making the marathon of Paris next year…

The tour of this morning allowed us to notice in which point museums are many in Paris. On our route of about 10 kilometers, we crossed successively, the “musée Galliera” (“museum of Fashion “), the “musée Guimet” (“museum of Asian Arts”), la “cité de l’Architecture et du Patrimoine”, the “musée de l’Homme”, the “musée de la Marine” (Navy), the museum of Arts and Civilizations, the museums of the “Invalides”, the museum of the Legion of Honour, the “Musée d’Orsay”, the Louvre, the “Orangerie”, the “Jeu de Paume”, the “Petit Palais”, the “Grand Palais”, the “Palais de la Découverte”! More museums than run kilometers!

And the art in Paris is not only in museums but, of course, also in streets.
Below, on our route, an example of representative building of the “Art nouveau”: 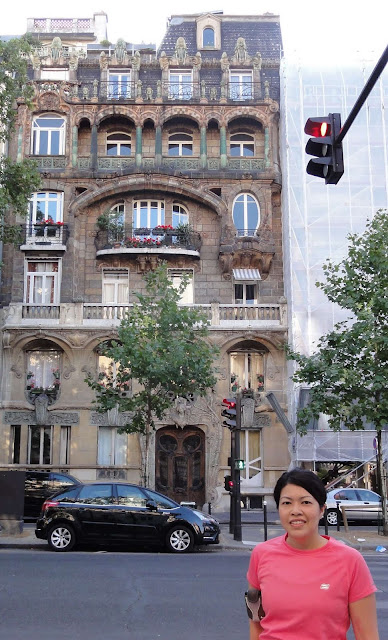 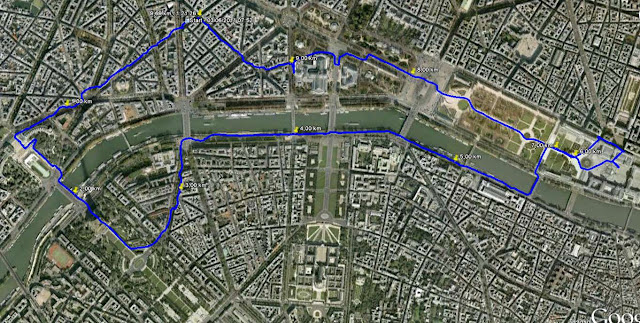 At the “Champ de Mars” with Sylvie

A brightened up week end in Paris with Anne and Niels
⟨ ⟩
By reading our blog, discover examples of routes we follow with our visitors. See the photos which illustrate the places we met. As during the running tours, we enjoy to present you the stories and the anecdotes of the encountered places. Find the route at the end of articles. If you look for information about a particular place, use the Places list or the Search bar below. If these articles inspire you, contact us and we can prepare your tour according to your wishes.