On the Alexandre III bridge with Jackie

7:54 AM – A very beautiful sun on Paris, this Sunday. The running of this morning allowed us to cross the Seine several times: with Jackie, of Kansas (USA), we passed over the river by five bridges, of which the bridge Alexandre III.
Our race allowed us to visit Paris by a circuit starting place de la Concorde, by alternating the passages on the right bank and the left bank of the Seine. 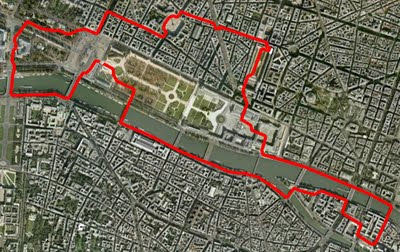