7:02 AM – Jennifer, of San Francisco, runs very regularly. We were able to discover the center of Paris by making two running tours early in the morning: the right bank, the left bank, the shores of the Seine and of course, the Parisian islands, the Island of “La Cité” and the Saint Louis Island.

On the photo above, we can see on the left, in the foreground, the Saint Louis Island then, at the bottom, the Island of “La Cité”.

Did you know that Paris counted ten islands at the end of the XVIth century?

During our two races, we were able to…

The routes of the tours : 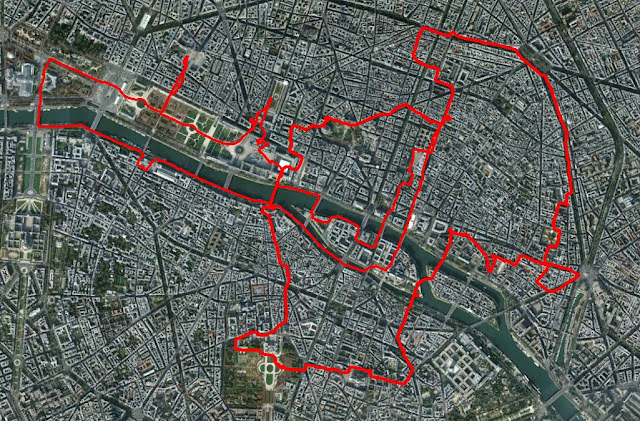 Along the Seine with Angela

Left bank, at the level of the ancient city with James
⟨ ⟩
By reading our blog, discover examples of routes we follow with our visitors. See the photos which illustrate the places we met. As during the running tours, we enjoy to present you the stories and the anecdotes of the encountered places. Find the route at the end of articles. If you look for information about a particular place, use the Places list or the Search bar below. If these articles inspire you, contact us and we can prepare your tour according to your wishes.