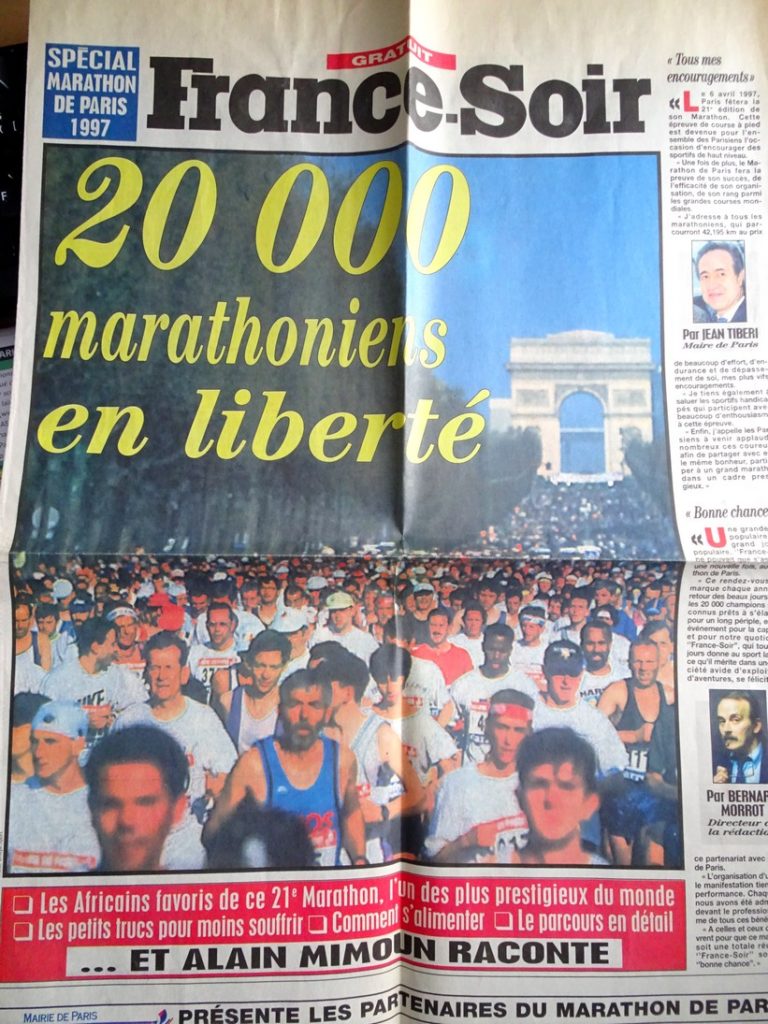 My third marathon, my second in Paris. I pass under the three hours but 2h56 was not enough to obtain a preferential bib. At the time, a 2h56 allowed a good ranking and was worth a place in the first page of results.

The Paris Marathon is won in 2h10. The world record at the time was 2h06, made in Rotterdam (all marathon runners went then to Rotterdam to beat their record, now, in the years 2010, we go to Berlin…)

← ← 1996 1997 → →
What a pleasure to run on the Parisian pavement free of cars, to be able to run in the middle of the "Avenue de l'Opéra", in front of the Eiffel Tower or in the middle of the "Champs Elysées"... Parisian passionate about my city and running (hence Paris Running Tours!), I have been running races since 1995, most of them in Paris. This blog aims to present you past and future Parisian races. Discover the calendar and detailed articles of running competitions in Paris. For each race, links will take you to the sites related to the race (registrations, results, practical information...), photos, videos, routes... On some photos, you can recognize our Paris Running Tours runners : ). Thanks to the photographers! I hope to see you at one of these races (please let me know) or during a Paris Running tour. Happy running in Paris! Jean-Charles, Paris Running Tours guide and manager