Round trip Montmartre-La Seine with Agnieszka

6:50 AM – Agnieszka lives in Manchester (United Kingdom). During her stay in Paris, Agnieszka chose to live near Montmartre. For this morning tour, we decided to go southward to join the river Seine and return to Montmartre by finishing by a sports ascent towards the basilica of the “Sacré Cœur”.

These two windmills served to grind wheat but also to press grape to make wine. Formerly, Montmartre possessed numerous windmills. These two mills are the only remaining ones.

In Paris, works of art are not only in museums: the “Street Art” can be seen almost everywhere. See the one-way street sign behind Agnieszka on the photo near the Mill.Had you noticed this man who takes the white bar? 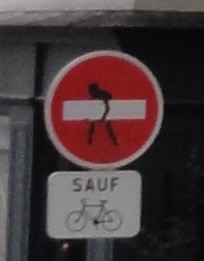 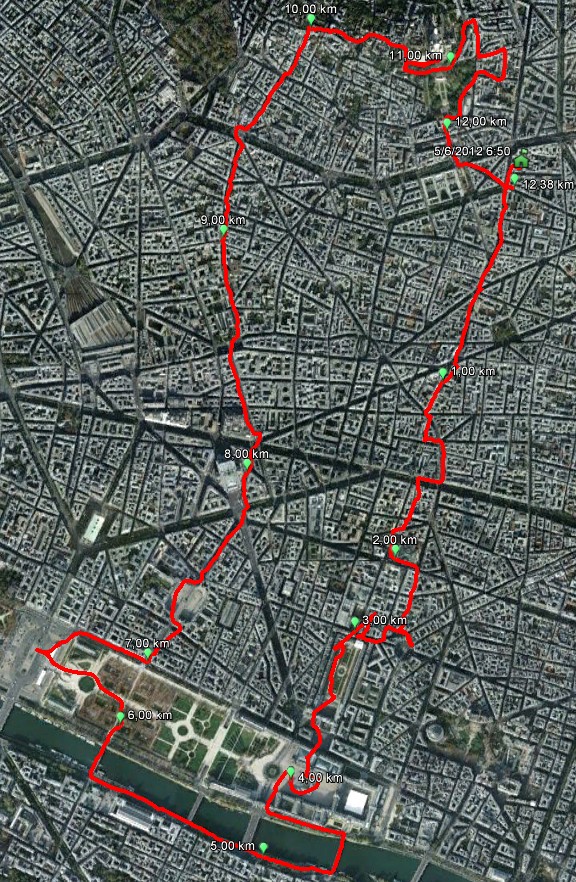