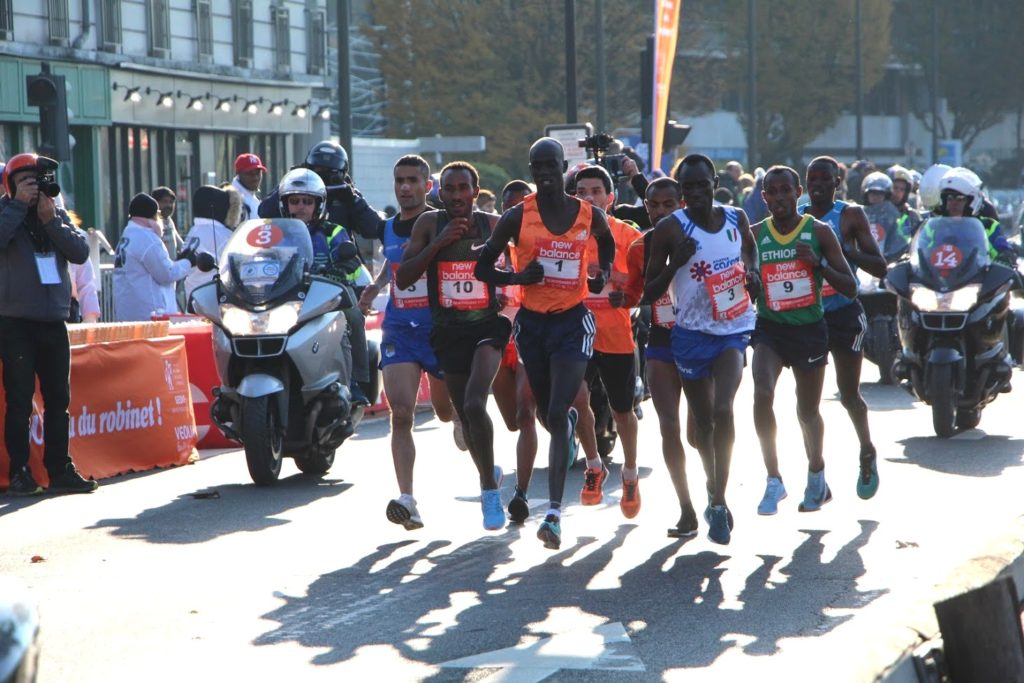 This is the 23rd edition of the Boulogne half-marathon, one of the most important French half-marathons.
By the way, why does it appear in this blog when Boulogne is not Paris and this blog is only dedicated to Parisian races? Well, part of his route passes through the Bois de Boulogne, which belongs to Paris!

A very rolling course that attracts many competitive runners.

Souvenir from 2002. Small article from the newspaper of Boulogne, dedicated to the race (I appear in third position on the picture, for a time of 1h18): 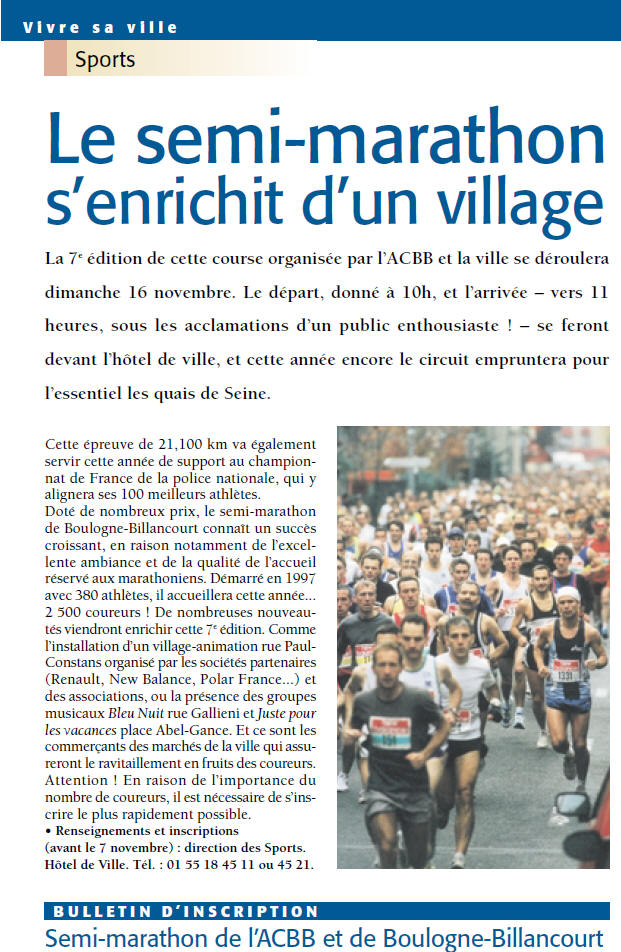 ← ← Urgent Run Paris 2019 The Strides of Solidarity 2019 → →
What a pleasure to run on the Parisian pavement free of cars, to be able to run in the middle of the "Avenue de l'Opéra", in front of the Eiffel Tower or in the middle of the "Champs Elysées"... Parisian passionate about my city and running (hence Paris Running Tours!), I have been running races since 1995, most of them in Paris. This blog aims to present you past and future Parisian races. Discover the calendar and detailed articles of running competitions in Paris. For each race, links will take you to the sites related to the race (registrations, results, practical information...), photos, videos, routes... On some photos, you can recognize our Paris Running Tours runners : ). Thanks to the photographers! I hope to see you at one of these races (please let me know) or during a Paris Running tour. Happy running in Paris! Jean-Charles, Paris Running Tours guide and manager