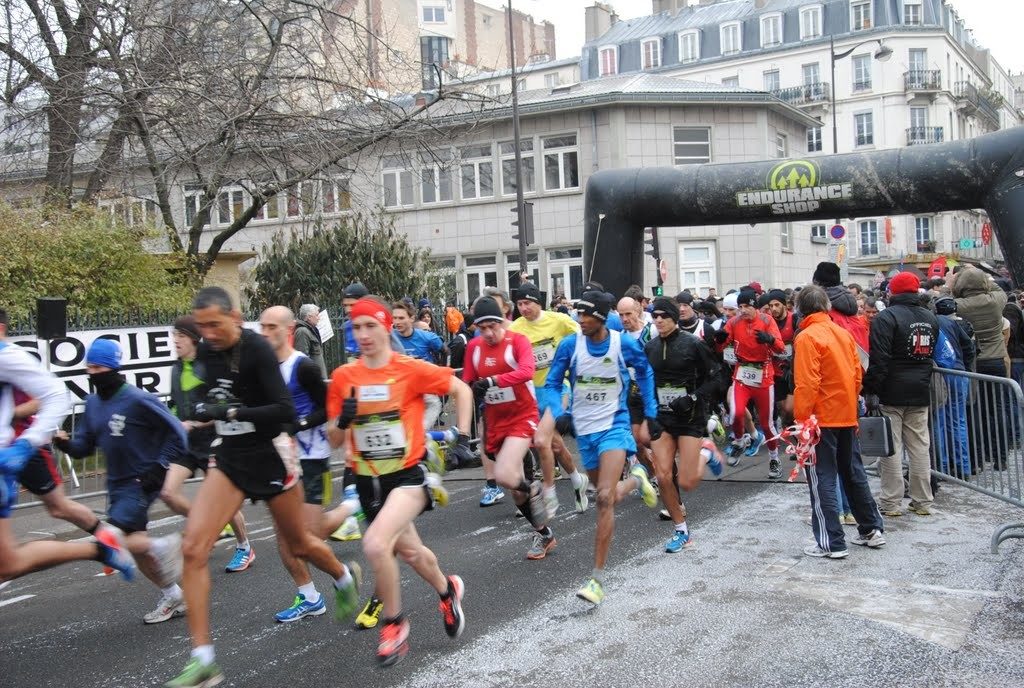 The cold of February was very present, there is still a little snow on the sides of the road. The heavy snow in January had caused the race to be postponed from 20 January to the end of February.
Masterfully animated by Harry Bignon.
Many pictures… The various photo links show a complete report of the race, from the preparation to the volunteers’ post-race meal, with of course the start, the race, the finish, etc.
+ the video of the 2012 edition (my last sub 36’… see the end of the film).

← ← 1999 2013 → →
What a pleasure to run on the Parisian pavement free of cars, to be able to run in the middle of the "Avenue de l'Opéra", in front of the Eiffel Tower or in the middle of the "Champs Elysées"... Parisian passionate about my city and running (hence Paris Running Tours!), I have been running races since 1995, most of them in Paris. This blog aims to present you past and future Parisian races. Discover the calendar and detailed articles of running competitions in Paris. For each race, links will take you to the sites related to the race (registrations, results, practical information...), photos, videos, routes... On some photos, you can recognize our Paris Running Tours runners : ). Thanks to the photographers! I hope to see you at one of these races (please let me know) or during a Paris Running tour. Happy running in Paris! Jean-Charles, Paris Running Tours guide and manager