Reminiscences of the French Revolution with Cara

While running, we evoked the French Revolution.
We crossed by important places of the Revolution such as Place de la Concorde, which saw the guillotine work very numerous times, and the bridge of the same name:
“So that the patriots may walk every day on the fragments of the execrable fortress!”, the bridge of La Concorde was built by using stones of the Bastille. The prison of the Bastille, destroyed on July 14th, 1789, was effectively one of the symbols of the Monarchy.

The ideas of the “Enlightenment” fed the Revolution. The philosopher Voltaire contributed to it widely. We crossed the building where he lived and died. He is situated Quai Voltaire, name given to the quay in 1791 in homage to the great man.

A little later, by pursuing our running, we stopped a small moment in front of the Café Procope, the oldest literary Café of the world, created in 1686.

In the 18th century, the Café participated in the birth of the “Enlightenment” ideas. Voltaire, Diderot, d’Alembert and Benjamin Franklin, in particular, frequented regularly the Café Procope. Benjamin Franklin would have partially prepared there the constitution of the United States. During the Revolution, Danton, Marat and Robespierre often met there. The young Napoleon Bonaparte even left one of his famous hats.

Nowadays, we can still see the Voltaire’s table as well as one cocked hat of lieutenant Bonaparte. 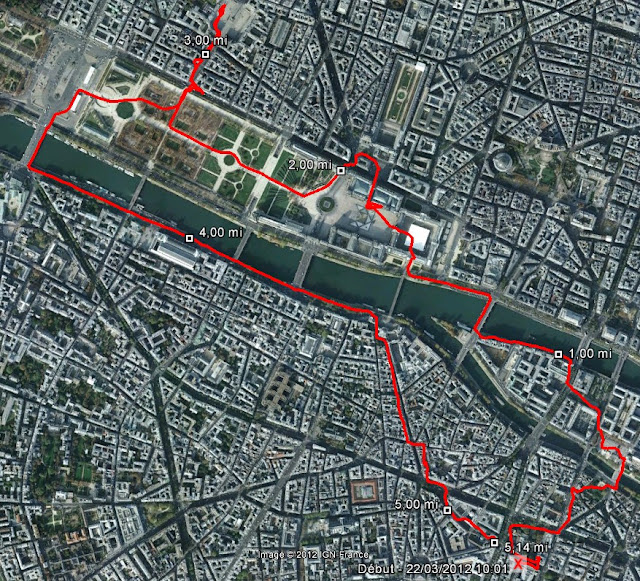